Android Realme Narzo 30 Pro 5G, Narzo 30A Could Launch First in Series; Leaked Poster Hints at Dimensity 800U for Pro 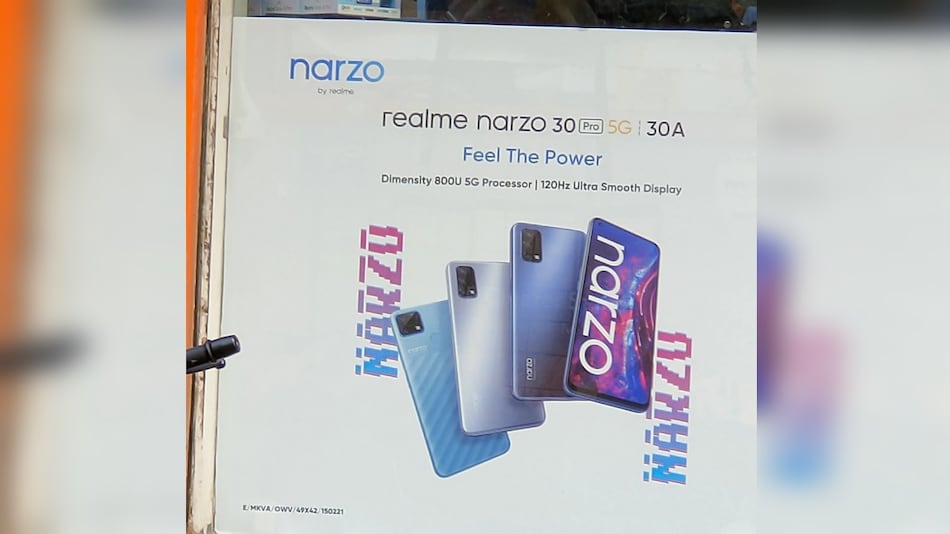 The poster also lists a couple of specifications for Realme Narzo 30 Pro, suggesting that the phone could be powered by the MediaTek Dimensity 800U SoC and have a screen with 120Hz refresh rate. Speaking of specifications, Realme Narzo 30 Pro was allegedly spotted in a TENAA listing recently, hinting at a 6.5-inch display and a 5,000mAh battery, but it showed a triple rear camera setup – a bit different to what we can see in the new leaked poster. This variant that showed up on TENAA could just be Realme Narzo 30.

In terms of design, Realme Narzo 30 Pro appears to have a hole-punch cutout located on the top left corner of the screen and what seems to be a quad rear camera setup in a vertical orientation. Two colour variants of the phone can be seen – blue and grey. The other phone, most likely Realme Narzo 30A, seems to have a square-shaped camera module on the back that houses three sensors and the flash. There is also a fingerprint scanner on the back panel that has a blue shade and a pattern-based design.