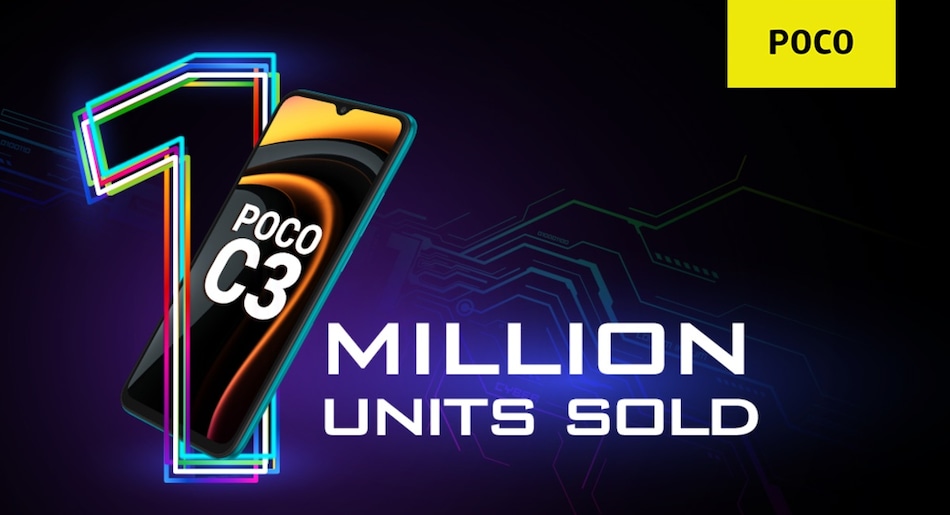 Poco C3 sales in India have surpassed the milestone of one million units, Poco India announced on Thursday. The budget smartphone was launched in the country in October as a slightly tweaked version of the Redmi 9C that debuted in Malaysia in June. Poco C3 competes against the likes of Realme C11, Infinix Smart 4 Plus, and Samsung Galaxy M01. It comes with triple rear cameras, waterdrop-style display notch, and a MediaTek Helio G35 SoC. Poco C3 also includes up to 32GB of onboard storage option.

Poco C3 crossed the one-million sales mark in a little over three months since its launch in the Indian market. The smartphone has also received a discounted price that is applicable until January 24.

Under the limited-period discount, Poco C3 is available at Rs. 6,999 for the 3GB + 32GB storage variant, while its 4GB + 64GB storage model comes at Rs. 7,999. Both prices show a Rs. 500 cut from its regular pricing and are applicable through Flipkart. Customers can also avail a 10 percent instant discount via HDFC Bank cards.

Poco C3 runs on MIUI 12 for Poco, based on Android 10. It features a 6.53-inch HD+ (720×1,600 pixels) display with a waterdrop-style notch. The phone is powered by an octa-core MediaTek Helio G35 SoC, coupled with up to 4GB of RAM. It comes with the triple rear camera setup that houses a 13-megapixel primary sensor. For selfies and video chats, the phone comes with a 5-megapixel camera at the front.

In terms of storage, Poco C3 has up to 64GB of onboard storage that is expandable via microSD card (up to 512GB). It packs a 5,000mAh battery that supports 10W fast charging.