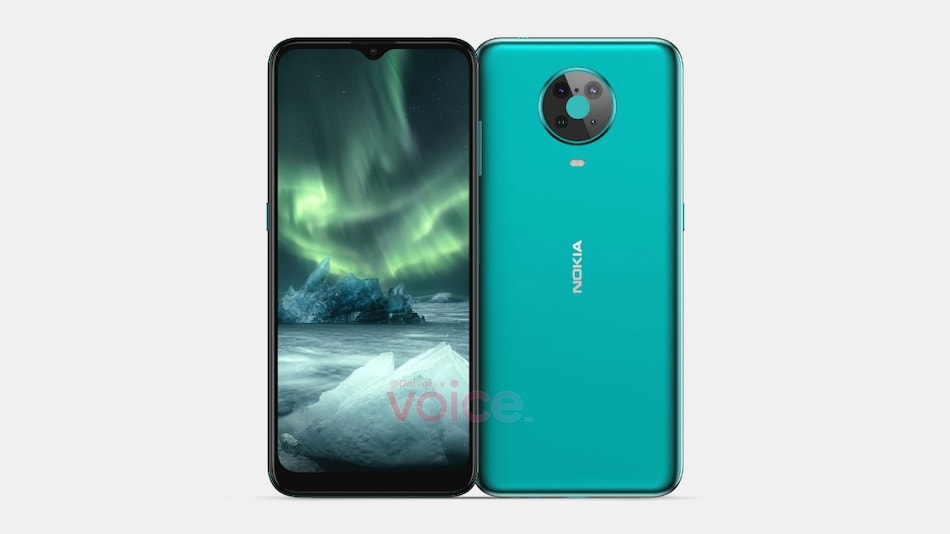 Nokia 6.3 (could also be named Nokia 6.4) renders have allegedly been leaked, offering a 360-degree look at the phone. As per the images shared by a noted tipster, the phone has a waterdrop-style notch, and a quad rear camera setup situated in the centre of the back panel. The phone is expected to measure 164.9×76.8×9.2mm and sport a 6.45-inch flat display. Other possible features include a side-mounted fingerprint sensor, a 3.5mm port, and a dedicated Google Assistant button.

Noted tipster Steve Hemmerstoffer, aka OnLeaks, shared images of a smartphone which he claims could be Nokia 6.3 or Nokia 6.4 via Voice. He says that he’s not sure about the moniker because HMD Global, the official licensee of Nokia smartphones, hasn’t been consistent in naming its smartphones. For example, the company jumped directly from X.2 to X.4 for some of their devices. But the tipster says that this phone is a successor to Nokia 6.2.

In terms of specifications, the tipster claims that the alleged Nokia 6.3/ Nokia 6.4 will feature a 6.45-inch flat display with a waterdrop-style notch. The phone may measure 164.9×76.8×9.2mm. On the back, the alleged smartphone is seen sporting a quad camera system placed inside a circular housing situated in the centre of the back panel. Below the module, there is an oval shaped flash as well.

The alleged Nokia 6.3/ Nokia 6.4 phone is seen sporting a side-mounted fingerprint sensor, embedded in the power button on the side of the phone, just below the volume rocker. There is a dedicated Google Assistant button on the left side of the phone. The renders also show a 3.5mm headphone port. The tipster says that “a pretty solid mid-range Nokia phone is expected to unveil no later than April.”