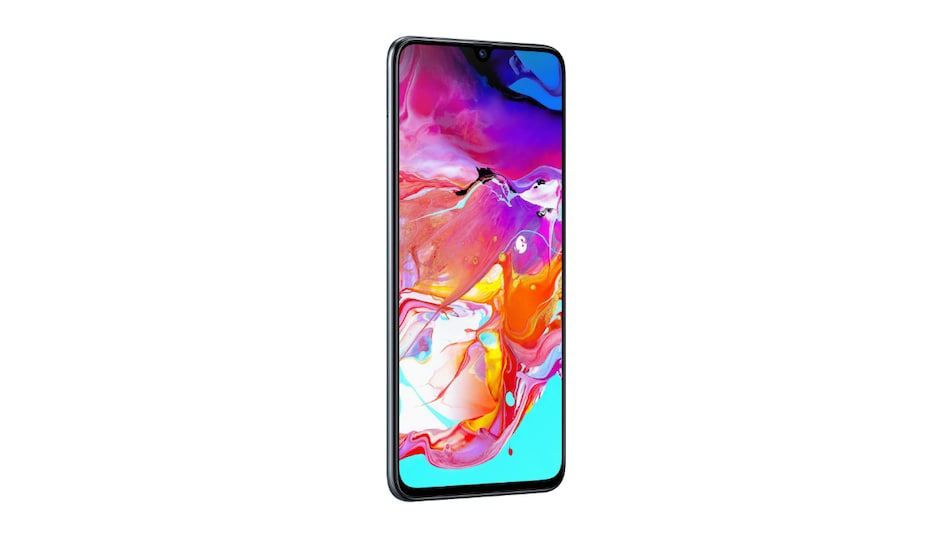 The One UI 2.5 update for Samsung Galaxy A70 includes new Samsung Keyboard featuresHIGHLIGHTS Samsung Galaxy A70 has started receiving the One UI 2.5 update, as per a report. The Android 10-based update is initially being rolled out only to Galaxy A70 variants sold in Ukraine by mobile operator Kyivstar but is expected to expand to additional markets in Europe soon, according to the report. After that, the update may expand to other regions as well. The One UI 2.5 update comes with the latest November 2020 Android security patch and new features and system improvements for the smartphone. The One UI 2.5 update for Samsung Galaxy A70 in Ukraine carries the firmware version A705FNXXU5CTK, as per a report by SamMobile. It is 1421MB is size. If you are an eligible user, you can download the update by tapping on the notification once it comes to your phone. If you haven’t received a notification, you can go to Settings > Software update > Download and install to check and install the software. The Android 10-based One UI 2.5 update for thr Galaxy A70 brings with it similar changes as the previous Samsung phones that have received it. It introduces some new Samsung Keyboard features, such as Split Keyboard mode in landscape and improvements to YouTube search. Bitmoji stickers will be supported with it on Always On display. Messages, meanwhile, has received new SOS location sharing features. With the One UI 2.5 update, Samsung Galaxy A70 users will have access to new information while connecting to Wi-Fi networks, especially about the quality of the connection, as per the report. It will also be easier for Galaxy A70 users to request Wi-Fi passwords now. Even when Samsung Galaxy A70 received the One UI 2.0 update in February earlier this year, it was initially only available to devices in Ukraine. The smartphone was launched in India in April last year. It features a triple rear camera setup, packs a 4,500mAh battery, is backed by octa-core Qualcomm Snapdragon 675 SoC, and has an in-display fingerprint sensor.