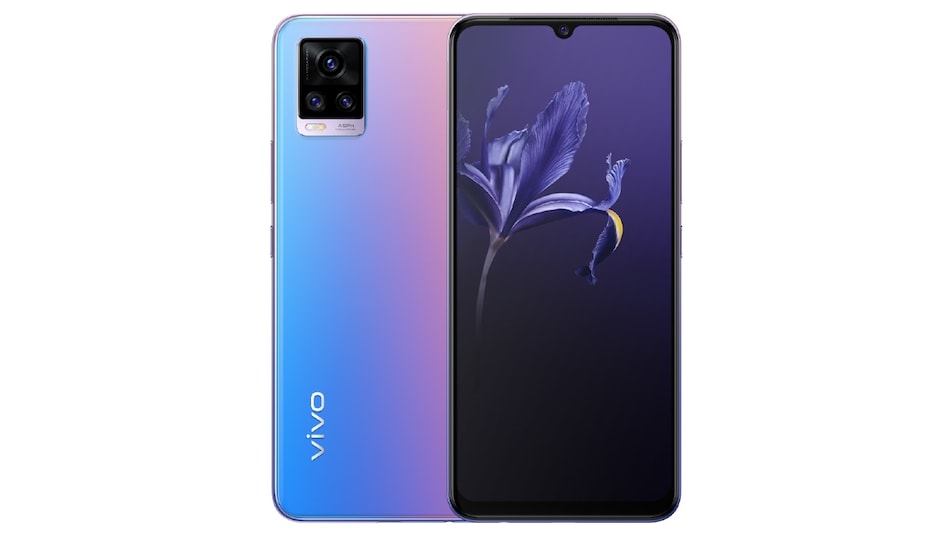 Vivo V20 price in India has been leaked just ahead of its official launch that is set for Tuesday, October 13. The Vivo phone was unveiled globally at an event in Thailand last month — alongside the Vivo V20 Pro. However, its specifications were detailed just a couple of weeks back. The Vivo V20 runs on Android 11 out-of-the-box and comes with Qualcomm Snapdragon 720G SoC. The smartphone also packs triple rear cameras and features a waterdrop-style display notch. Additionally, the Vivo V20 comes with 33W fast charging.

Tipster Ishan Agarwal tweeted that the Vivo V20 might be available in India with a price tag of Rs. 24,990. This is in line with the pricing between Rs. 20,000 and Rs. 30,000 that was suggested by Flipkart through a banner posted last week. To give some perspective, the Vivo V19 was launched in the country in May with a starting price of Rs. 27,990, though it dropped to Rs. 24,990 in July.

Gadgets 360 wasn’t able to independently verify the leaked details. Nevertheless, Vivo is expected to announce the pricing details at the time of the V20 launch on Tuesday.

The Vivo V20 runs on Android 11 with Funtouch OS 11 on top and features a 6.44-inch full-HD+ (1,080×2,400 pixels) AMOLED display. The phone is powered by the octa-core Qualcomm Snapdragon 720G SoC, paired with 8GB of RAM. It comes with the triple rear camera setup that includes a 64-megapixel primary sensor. There is also a 44-megapixel selfie camera sensor at the front.

Vivo has provided 128GB of onboard storage that is expandable via microSD card. The smartphone also packs a 4,000mAh battery that supports 33W FlashCharge fast charging.