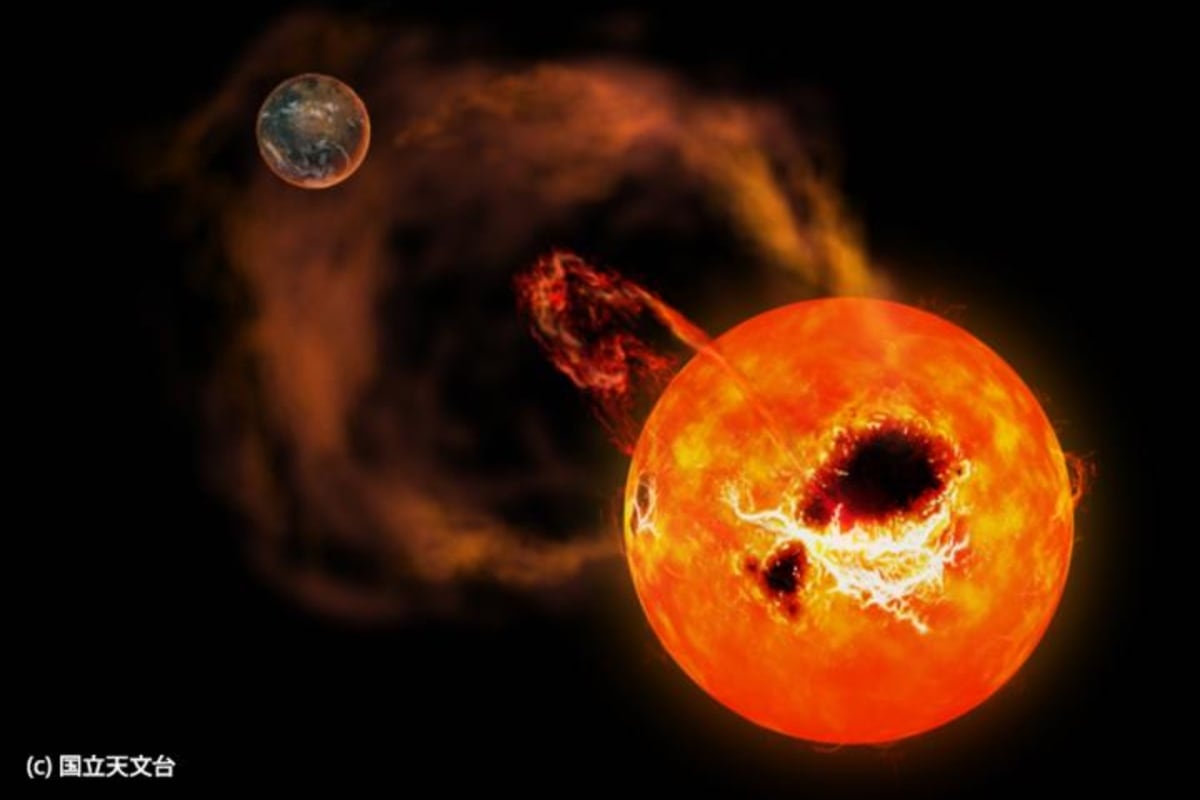 Astronomers have captured a red dwarf star called “AD Leonis” that is found to have massive flares — one of them was even 20 times larger than the solar flares emitted by our own Sun. The star is notably just 16 light-years away from Earth. However, it was seen with an extreme large flare, termed a “superflare”. This is believed to result in whopping magnetic storms that if emitted from our Sun could impact the Earth’s technological infrastructure. Thankfully, scientists believe such a solar flare is very rare for our Sun.

The team of astronomers from the Graduate School of Science of Kyoto University have captured the AD Leonis star using a 3.8-metre Seimei telescope. The star appears to have temperatures lower than that of our Sun, which results in a high incidence of flares. Moreover, the astronomers detected a superflare on their first night of observations.

“Our analyses of the superflare resulted in some very intriguing data,” said Kosuke Namekata, one of the astronomers, who’ve covered their findings in a research paper that appeared in the journal Publications of the Astronomical Society of Japan on July 10.

Solar flares from stars aren’t new, but the size of flares emitted by the newly spotted red dwarf star are observed to be far bigger than regular emissions. The team found that the massive flares emitted from areas where light from excited hydrogen atoms increased. It was roughly one order of magnitude greater than typical flares from our Sun.

“This was new for us as well, because typical flare studies have observed the continuum of the light spectrum — the broader range of wavelengths — rather than energy coming from specific atoms,” said Namekata.

Kazunari Shibata, leader of the study, noted that the information recorded from the fundamental stellar phenomena would help predict superflares that could impact Earth. “We may even be able to begin understanding how these emissions can affect the existence — or emergence — of life on other planets,” he said.

A recent study indicated that superflare events could occur on an older, quieter yellow dwarf star like our own — but only as rarely as once every few thousand years.