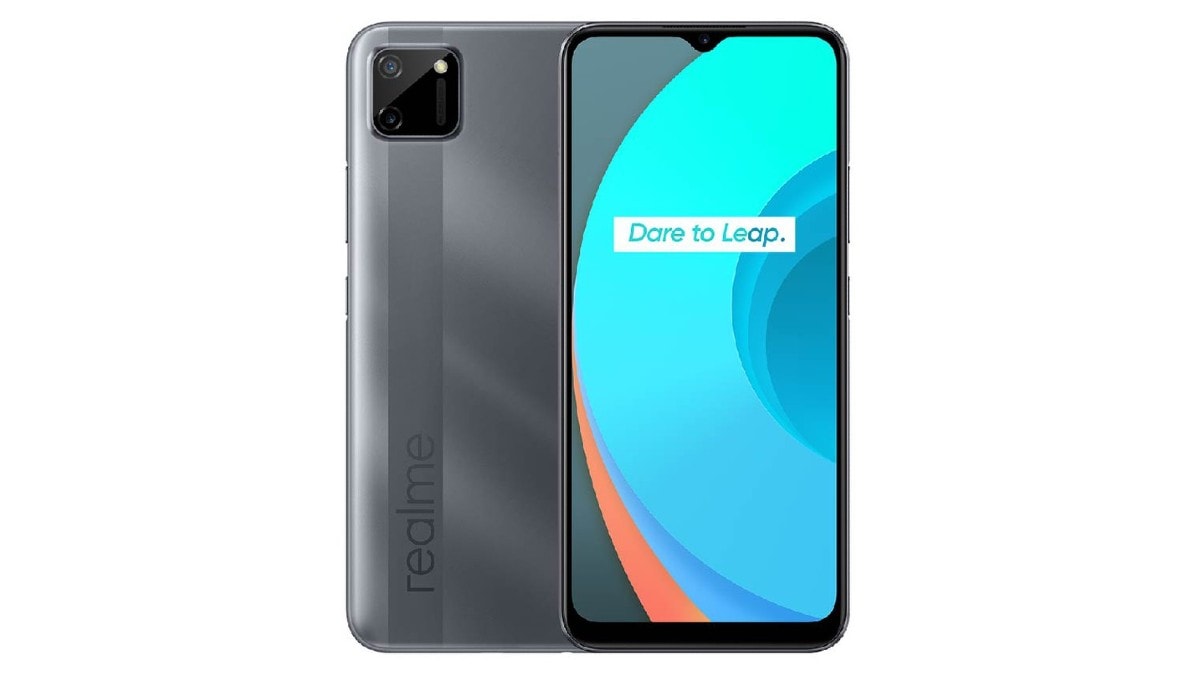 Realme C11 launch in India is set for Tuesday, July 14, the company revealed through a press invite on Thursday. The new Realme phone was unveiled late last month as the company’s newest option in the budget segment. Key highlights of the Realme C11 include a dual rear camera setup and a large, 5,000mAh battery. The smartphone also comes with a waterdrop-style display notch and has reverse charging support. Furthermore, the Realme C11 comes with a fresh back panel that features a vertical stripe.

As per the details provided by the company, the Realme C11 will debut in India through a digital launch event that will take place on July 14 at 1pm IST through the company’s social media channels, including Facebook, Twitter, and YouTube. To recall, the Realme C11 was initially launched in Malaysia last month. The phone comes in Mint Green and Pepper Grey colour options.

The Realme C11 price in India is yet to be revealed. However, it is likely to be in line with its Malaysian pricing that’s set at MYR 429 (roughly Rs. 7,500) for the single, 2GB RAM + 32GB storage configuration.

The dual-SIM (Nano) Realme C11 runs on Android 10 along with Realme UI and features a 6.5-inch HD+ (720×1,600 pixels) display with 20:9 aspect ratio. Under the hood, there is an octa-core MediaTek Helio G35 SoC, paired with 2GB RAM. The phone comes with the dual rear camera setup that comprises a 13-megapixel primary sensor with an f/2.2 lens and a 2-megapixel secondary sensor with an f/2.4 portrait lens. Further, there is a 5-megapixel selfie camera sensor at the front, with an f/2.4 lens on top.

On the storage front, the Realme C11 has 32GB of internal storage that is expandable via microSD card through a dedicated slot. The phone has a Micro-USB port and includes a 3.5mm headphone jack. Besides, it packs a 5,000mAh battery that is claimed to deliver up to 31.9 hours of talk time on a single charge.