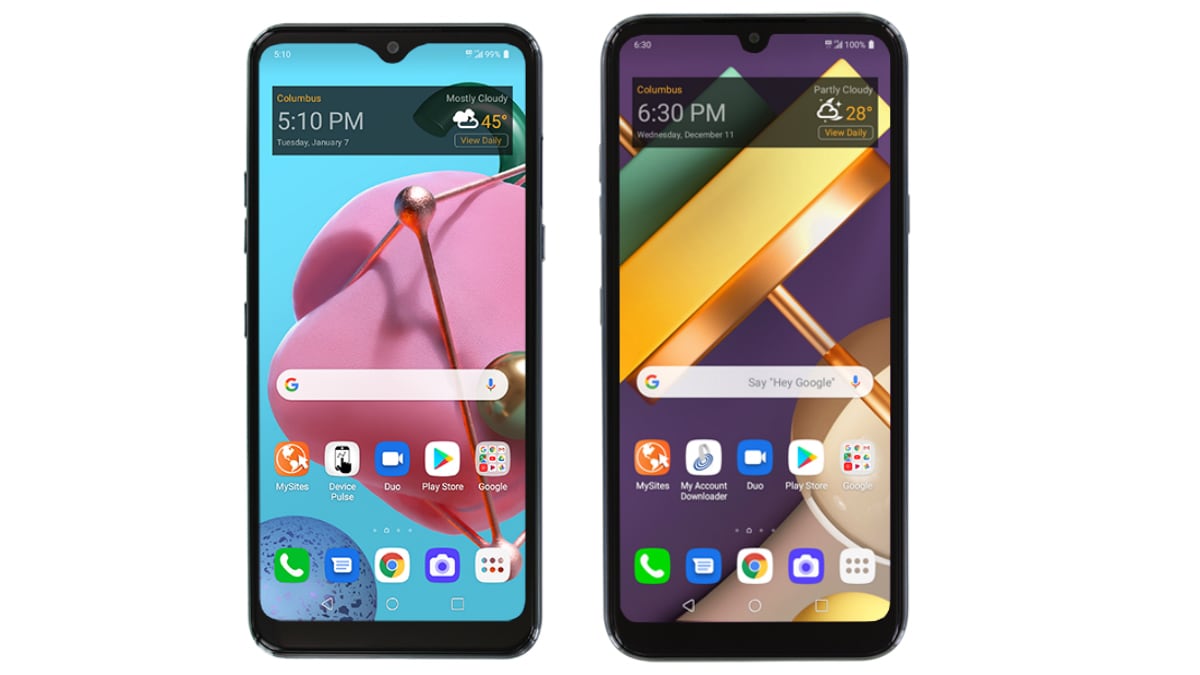 Upcoming LG phones show up in leaked renders, only the front side is revealed

Two new LG phones have surfaced in leaked renders. The phones are said to come with model numbers L555DL and L455DL, and they are tipped to be made available via US prepaid carrier Tracfone. Going by the design of the two phones in these leaked renders, the LG phones seem to be positioned in the low-end or mid-range segment. The phones are seen to sport waterdrop-style notches and a significant chin at the bottom of the display. The names of these two LG phones remain a mystery for now.

Noted tipster Evan Blass has leaked these renders on Twitter. He mentions that the model numbers for these two phones are L555DL and L455DL, and that they will be released via US prepaid carrier Tracfone. There is no word on their international availability right now.

The LG L555DL render shows a waterdrop-style notch up front, a dedicated Google Assistant key on the left side, volume rockers on the same side, and the power button on the right side of the phone. The phone has on-screen buttons, and a considerable chin at the bottom edge of the display.

Coming to the LG L445DL render, the mysterious LG phone is seen to sport a waterdrop notch as well, and the same dedicated Google Assistant key on the left. The positioning of all the buttons is the same as the L555DL phone, and there’s a slight chin at the bottom of this phone too. The only noticeable difference between the two phones is that the LG L555DL phone seems to sport a bit wider frame than the LG L455DL. The latter seems to have slightly more rounded corners, and a less wide frame, giving it an overall slim look.

As mentioned, there is no word on what these phones are going to be called, or which series they may be launched in. More leaks in the future of the same models could bring some clarity. It is likely that these will become official ahead of the next month’s Mobile World Congress or during the conference.