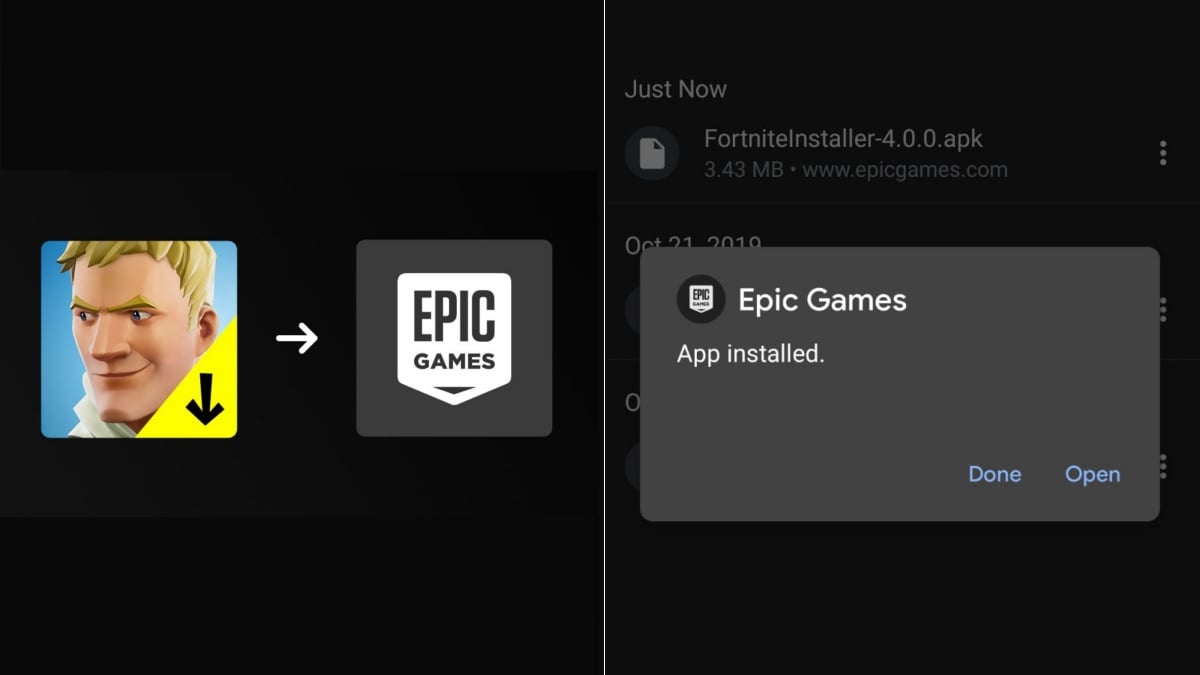 Epic Games app changes nothing except for the name, but it might soon host more titles

Fortnite is massively popular, but to the chagrin of many, it is not available via the Google Play Store. If you’ve played Fortnite on an Android phone, you already know the drill. Download the Fortnite Installer on your phone from the Epic Games website, launch the app, and then download the game files. Well, the Fortnite Installer has been renamed to Epic Games, and it now shows on your phone as the Epic Games app. This might not appear to be a major change, but the reason behind it might have a much larger impact.

So, what exactly has changed? Earlier, the Fortnite Installer app was named as such, but now, it is simply Epic Games. And oh, the icon has also changed from the old, smiling Fortnite blonde to an Epic Games logo. The change was notified by the official Fortnite Twitter account, but that’s just it. Nothing has changed inside the Epic Games app though, and it simply starts downloading the Fortnite game files once you launch it.

And in case you were wondering, no, the Epic Games app is still not available on the Play Store. And yes, you would still be required to enable permissions for installing third-party apps from an unknown source on your Android phone, before you can install the app after downloading it from the Epic Games website. But the renaming is a sign of things to come, particularly the company’s ambitions of replicating on Android what it did for the PC gaming ecosystem – launching its own store for games.

Tim Sweeney, the creator of Unreal Engine and founder of Epic Games, wrote in a blog post last year that the company plans to bring the Epic Games store to Android and other open platforms in 2019, after launching it on PC and Mac. The Epic Games store on Android will serve as the exclusive destination for mobile games developed by Epic Games and its partners, and in return, developers will receive 88 percent share of the revenue. But as of now, there are no details about more titles coming to the Epic Games app for Android.