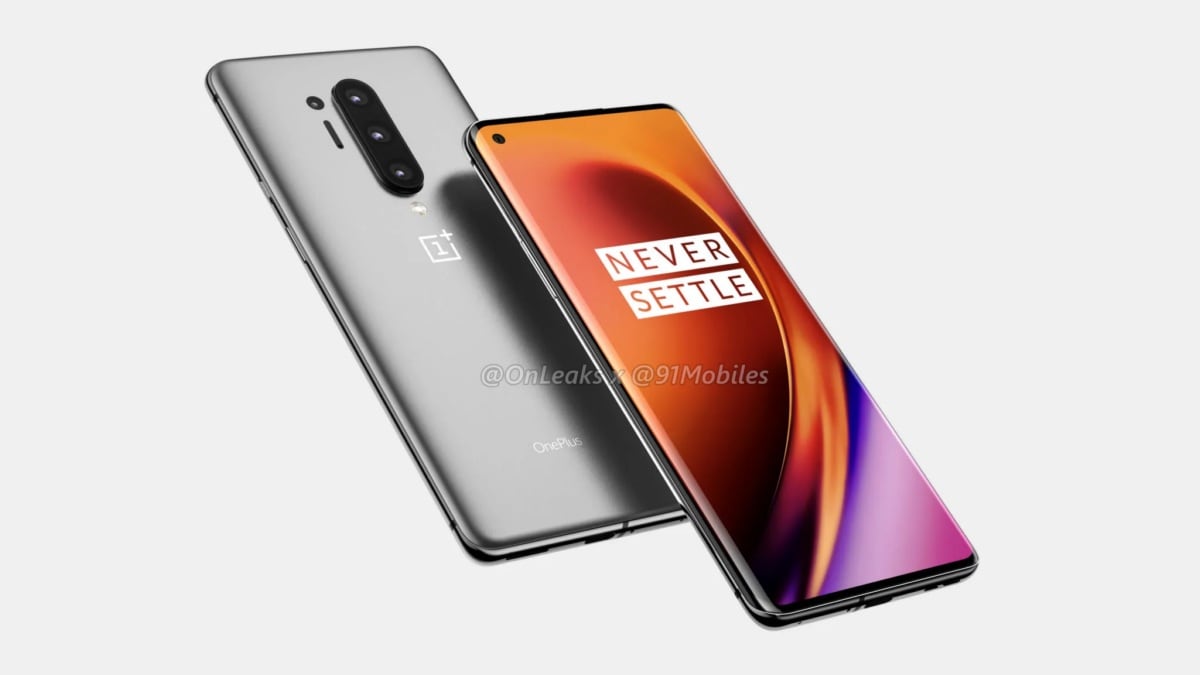 OnePlus 8 series is half a year away from its official debut, but we’ve already come across a leak-based render claiming to show the OnePlus 8 sporting a hole-punch camera. Well, it appears that the OnePlus 8 won’t be the only phone from the Chinese smartphone company to flaunt a hole-punch design. A bunch of new renders of the OnePlus 8 Pro have now surfaced online, alongside a 360-degree video giving us a glimpse of the phone from all angles. The OnePlus 8 Pro, just like the OnePlus 8, is tipped to sport a hole-punch housing a single camera, ditching the pop-up camera module on its predecessor.

The OnePlus 8 Pro renders, which come courtesy of 91Mobiles in collaboration with @OnLeaks, show the phone in a grey colour with lustrous finish. The phone is tipped to feature a 6.65-inch curved display with a 90Hz refresh rate akin to the OnePlus 7T Pro. However, the key aesthetic change on the OnePlus 8 Pro will be the hole-punch camera positioned in the upper left corner, ditching the pop-up camera design we saw on its predecessor.