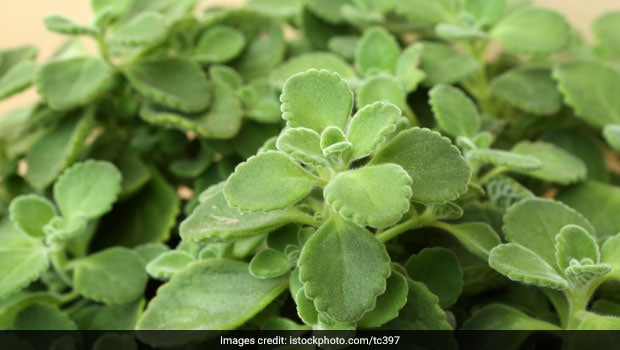 Ajwain, or carom seeds, are very common in Indian households. The aromatic seeds are used in adding flavour to a number of desi drinks, curries and even breads like parathas. It is also revered in Ayurveda for its numerous health benefits. But not a lot of people know about ajwain leaves. Although these leaves come from different plant as the true ajwain plant, the succulent leaves are still known as ajwain leaves in the Indian subcontinent. The plant that the leaves are a part of is also known as the ‘Indian Borage,’ which is also called the ajwain plant sometimes. The leaves of this plant are the real stars. They are bright green in colour and are broad and pulpy. They have a layer of very fine and soft hair atop them, and you can access these leaves by buying a pot of the Indian Borage at any nursery or botanists. The reason these leaves are known as ajwain leaves, despite being a part of a completely different plant, is that they have a smell that is similar to that of carom seeds. In Kannada, the plant is known as ‘saveer sambar soppu,’ which literally translates to ‘thousand utility leaf.’ The scientific name of the plant is ‘Plectranthus Amboinicus’ and can easily be grown at home or in your kitchen garden. The leaves have a number of uses and can be added to dishes of your choice to add a distinctive flavour and taste to them.