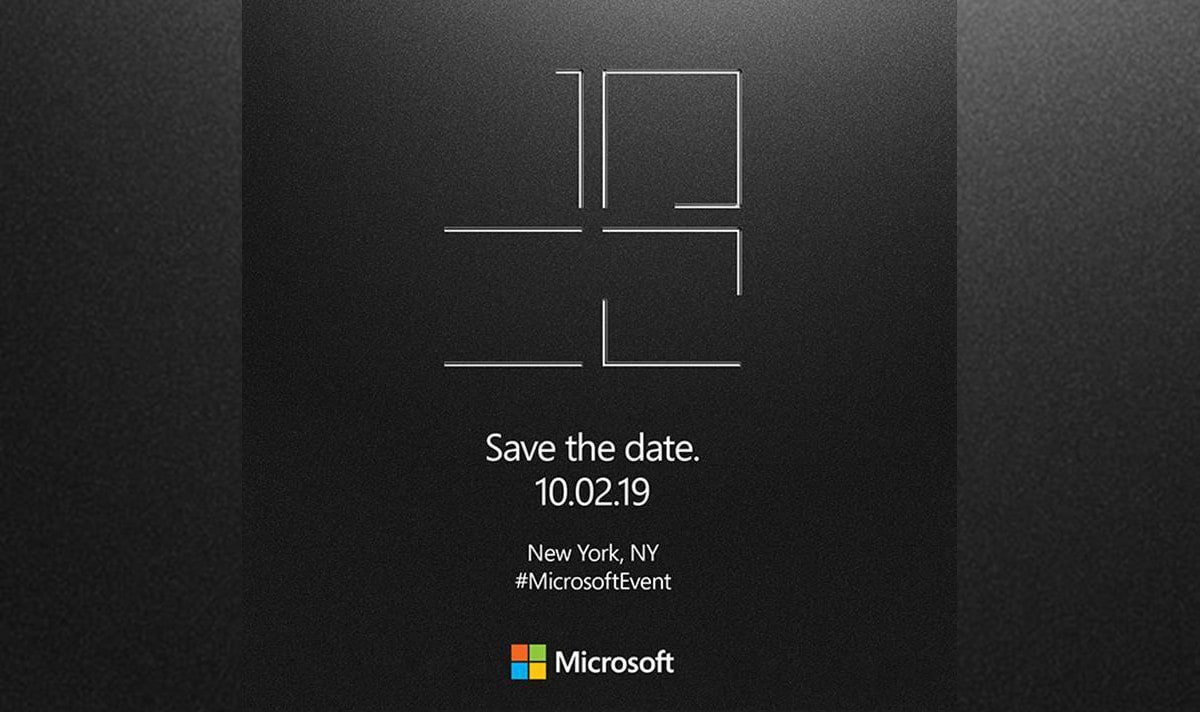 Microsoft has sent out invites for a press event in October where the company is expected to be talking about its next Surface-branded devices. The event will take place on October 2 in the New York City, the same day when Microsoft unveiled the current crop of Surface devices last year. This year’s event may feature the rumoured dual-screen Surface device, codenamed Centaurus. The device has reportedly been in development for over two years. In addition to the Centaurus, Microsoft is rumoured to be bringing Surface Laptop 3, Surface Pro 7, and Surface Book 3.

According to a report by The Verge, even though the dual-screen Surface device may be unveiled at the October 2 event, it won’t ship immediately.

“Sources familiar with Microsoft’s plans tell The Verge that the company is currently targeting a 2020 release date for its dual-screen Surface,” the tech publication wrote.