Internet Pilot Does “Wing Suit Skydive” From 8,500 Feet, In A First For Air Force 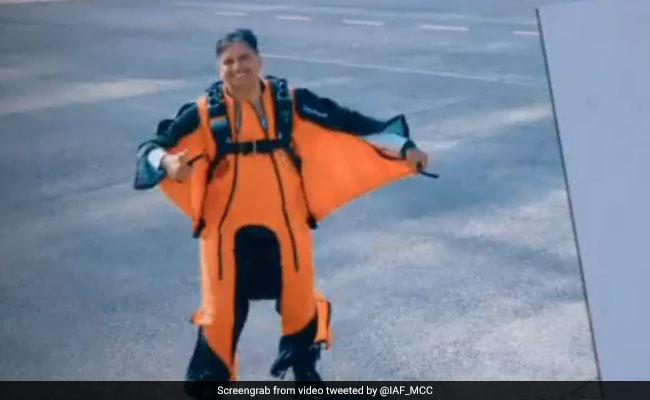 He attempted the jump during Kargil Diwas celebrations in Jodhpur on July 21.

The jump was accomplished by Mr Chaudhri from a Mi-17 helicopter from an altitude of 8500 feet.

“Wg Cdr Tarun Chaudhri SC achieved a milestone by accomplishing WINGSUIT SKYDIVE JUMP on 21 July 19. This is the First IAF Wing Suit Skydive Jump by a pilot who has flown and captained the same type of helicopter,” tweeted Indian Air Force.