Fashion Peter Dundas: ‘The Face of Fashion is Changing’

LONDON, United Kingdom — Peter Dundas is back. Sat in his gold-panelled Art Deco property in London’s Notting Hill, the spiritual homeland of the 1970s bohemian set that is a perennial lodestone for the Norwegian-born designer, Dundas and his partner Evangelo Bousis are explaining the finer details of Dundas, the brand they will debut on Sunday in Paris during the couture shows.

The 20 looks will distill the core of Dundas’ continent-hopping aesthetic, and launch exclusively with Moda Operandi on July 7. It will be followed by a partnership with Farfetch in the autumn, which will feature more accessibly-priced jeans, t-shirts and dresses that will complement the high-octane occasion-wear for which Dundas is renowned. The launch comes after Dundas exited his role as creative director of Roberto Cavalli in October last year, which was followed by a succession of personal projects, most notably the custom-made outfits worn by Beyoncé Knowles at the 2017 Grammys. 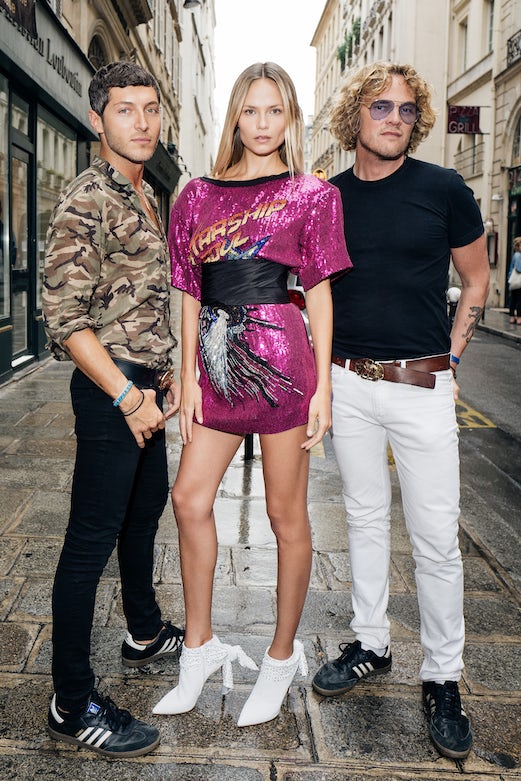 “You want things your way and to feel comfortable,” says Dundas of his new project. “It’s constantly asking, ‘Is it really me?’ For us, it made sense to start a company from that point of view, where you have a fresh slate to do that and you’re not dependent on or economically burdened by needing to do traditional collections.”

Instead, the brand will be “seasonless” in the sense that it will be released in succinct and carefully timed drops, avoiding the climatic restrictions of traditional seasons. “We’re not doing these bombastic collections, resort collections with every garment you think you may need,” he says. “My woman has always been a nomad. There’s always a place with snow in July and a beach in December.”

Certainly, Dundas’ season-free approach reflects a rapidly shifting fashion landscape. “The face of fashion is changing in that sense,” he says. “How to express yourself in a way that’s rewarding to yourself but also interesting to the client and to the press.”

There’s always a place with snow in July and a beach in December.

During his time at Roberto Cavalli, which lasted just over a year, as well as his tenure at Emilio Pucci from 2008 to 2015, Dundas became loved by the international jet-set and countless celebrities. During his time at Pucci, he reinvented the Florentine house, which was once known for its printed silks and resort-wear, into a key luxury brand with a presence at Milan Fashion Week. During his brief time at Cavalli, he established an aesthetic that paid homage to the ‘70s heyday of the Italian brand, complete with references to exotic locations and the rock stars and icons of the era, such as Jimi Hendrix and Talitha Getty — it reached its climax when Beyoncé wore a tiered yellow dress in her music video for “Hold Up” from the Autumn/Winter 2016 collection.

However Dundas is adamant that his new project will not just focus on red-carpet gowns and highly embellished party dresses. “Peter’s girl has so many different levels of being able to access things,” says Bousis, who began unofficially working with Dundas during his tenure at Roberto Cavalli, and remains his partner in business and in life. “We live in an age where things are constantly changing and especially with social media, no one wants to wear the same thing twice. They want to be able to access whatever they can at any price point. You really have to give them that. Just because something is less expensive, doesn’t mean there’s not the wow factor to it.” 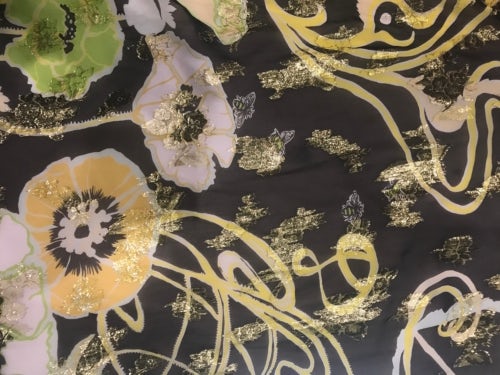 Although Dundas is reticent about the sartorial details of his collection, he says it will reflect the lives of the glamorous women that he surrounds himself with, and continue the design narrative he established at Cavalli and Pucci. Dundas and Bousis themselves are constantly on the move, having started the year in Mustique and since flitted between Los Angeles, New York, Italy, Paris, Cannes, Rio, India and Greece. “We travel a lot and we enjoy that and enjoy being in lots of different places,” says Dundas. “Our woman will always get inspiration from places that we’ve seen or she’s seen.”

What marks the ‘Dundas World’ from other newborn brands is that its founders already have a major platform: the red carpet. Dundas and Bousis’ own circle is starry to say the least and earlier this year, Dundas created three custom-made looks for Beyoncé for the 2017 Grammys. The result was a different kind of debut that garnered worldwide attention.

“I had previously made multiple costumes for several of her tours, so we know each other very well and by chance, her stylist Marni [Senofonte] was at BoF VOICES and we bumped into her,” he explains. “She said, ‘We need to do something now, because she’s going to be focusing on her family.’”

It transpired that Knowles was pregnant with twins, a fact still unknown to the world, and Dundas flew to Los Angeles to meet with her. “I’m very good at keeping secrets, so I couldn’t tell my team,” he recalls. “I just gave them the measurements and they were like, ‘Oh you know she’s put some weight on,’ and I’m like, ‘Yeah, you know, she’s not working right now.’”

The Beyoncé moment was also a great alternative to the fashion calendar as it happened during the womenswear ready-to-wear shows in February. “It kind of matched up in every way for us because I think that the red carpet has been so important for me and it is something that I have a lot of fun with, so it connected with the fashion world in an additional way,” he says. 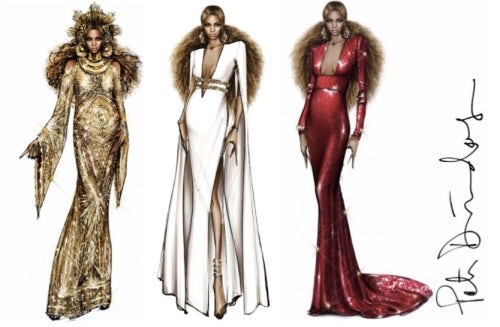 Dundas is currently self-funded, but Dundas and Bousis have been in talks with potential investors. The pair say that they are “far along in conversations” but will wait until after Sunday’s presentation to continue them.

“Some of the people that have shown interest in us have shown interest in us because we’re they actually want that fresh point of view, even within their groups that have more established brands,” says Dundas. “For me, today that is also very much what I think gives us the mental and emotional wings to do something like this… I don’t think that you can rely on saying, ‘I’ve been around for 70 years and that’s why we’re such a strong company.’”

Until only a week ago, the team was “three-and-a-half” people and has recently become five. Dundas will continue to work with the same Italian suppliers he previously worked with in Italy, as well as embroiderers in India.

“We’re building the company [like] … a family,” says Bousis. “We don’t want it to be a fashion company that sits in hierarchies and all these people who feel entitled. We want everyone to really feel loved and really love the project and believe in it, that’s kind of the mentality that we have and the mentality that we want to keep.”