The phone you have now might be more powerful than a supercomputer from the early 90s, but that won’t do you any good unless you have cool software for it to run. You need good apps and games. The problem, though, is figuring out which of the many new titles in the Play Store are worth your time. Well, here they are. After many hours of toil and testing, these are the best new apps and games you can get on Android right now.

The trend lately has been for browsers to do as many things as possible, but that’s not what Firefox Focus is about. This browser runs on the same engine as other versions of Firefox, but it eschews things like extensions, tabs, and even bookmarks in the name of privacy. 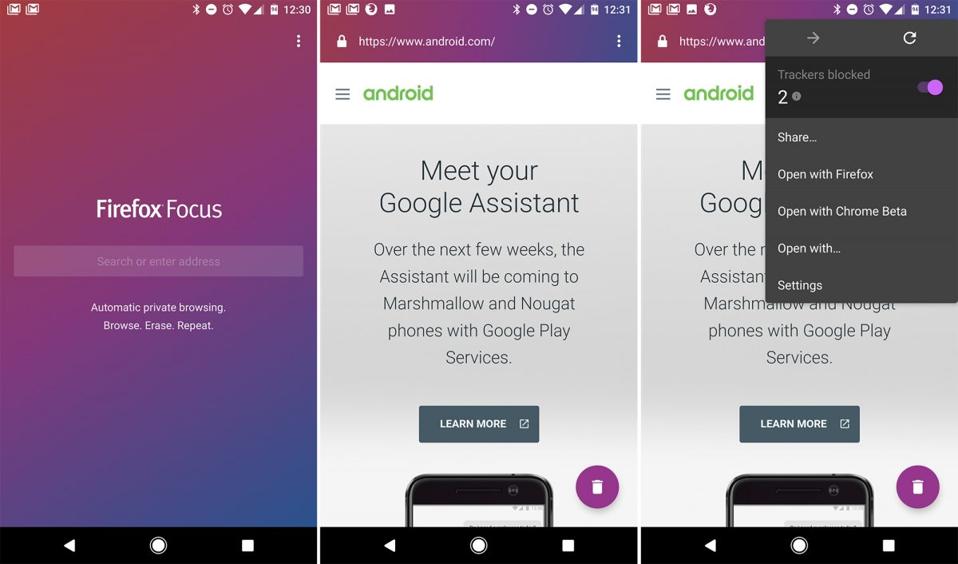 When you open Firefox Focus, all you have is a search/address bar. That opens a single tab, and that’s all you get. You can use the floating action button at any time while browsing to close the page and clear data. There’s also a notification that does the same.

Focus defaults to blocking all ads and most trackers. You can shut this feature off in the menu if that breaks a page, but most of the time it just makes pages load faster and use less data. And of course, there’s the privacy aspect. Firefox Focus is free to download.

There have been plenty of top-down shooters on Android, but I think Neon Chrome is the best one yet. This comes from the developers of the fantastic Crimsonland, and it takes the twin-stick shooter genre to a new place with randomly generated levels, amazing replayability, and deep customization. 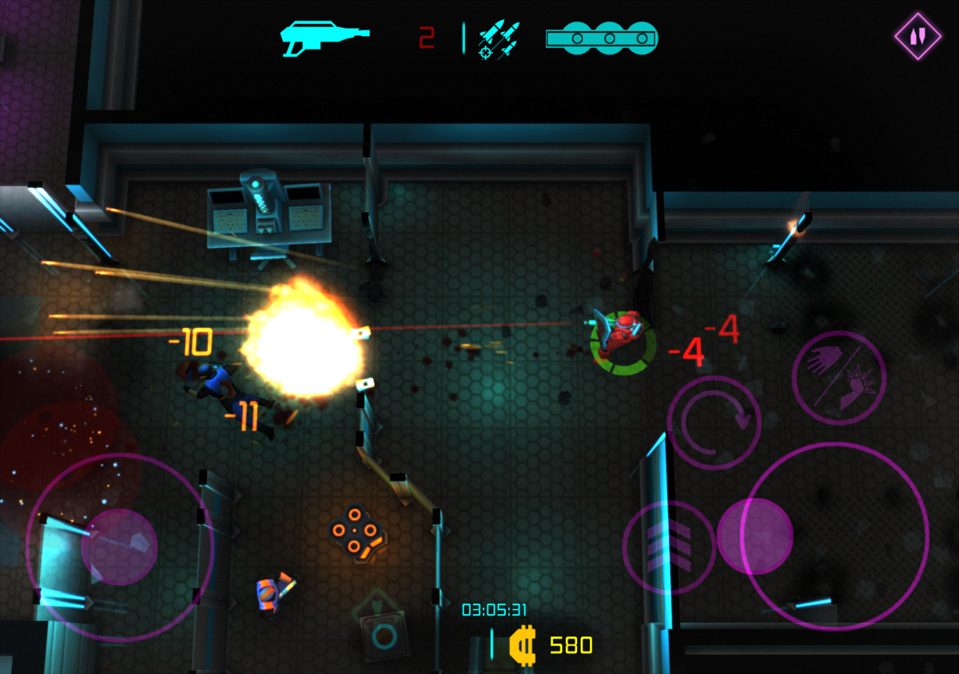 Your goal in Neon Chrome is to fight your way through 20-something levels to take out the Overseer. This is a tough game, so expect to die a lot at first. Each time you die, it’s game over. However, you can use the credits earned to improve your character for the next run. The game doesn’t get stale, either. All the levels are randomly generated, and various character classes and perks encourage you to try different approaches to victory.

Neon Chrome has a rad cyberpunk style with lots of neon colors (duh), lighting effects, and cool character design. It’s an expensive game at $10, but it’s so worth the price.

You don’t need a scanner anymore, you have a phone. Well, you need an app to make your camera act like a scanner, too. There are several good apps that do that, but the new Adobe Scan might be the best one yet. To scan a document, just set it down and point your camera at it. Adobe Scan automatically finds the edges and captures the image. 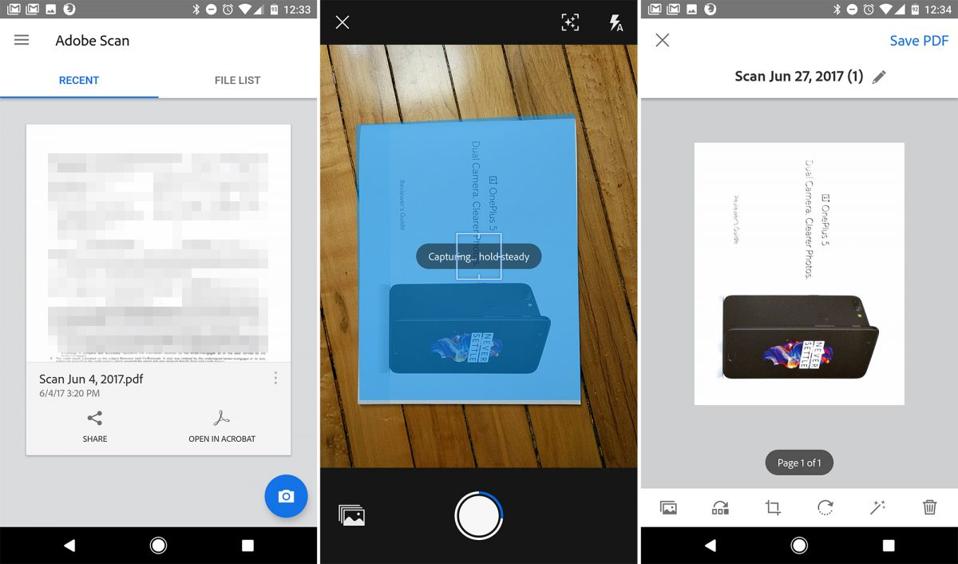 You can add as many pages as you want to a document, and the app is very good about flattening, sharpening, and transforming the images into something vaguely page-shaped. You can manually re-adjust the crop if you want, but Adobe Scan is extremely good at doing it all automatically.

The documents you create with Adobe Scan can be instantly exported as a PDF, or you can upload them to the Adobe Creative Cloud. The app also runs text recognition on the documents you scan, making them searchable via the Acrobat app. Not bad for a free app.

Clicker games are usually good for a few minutes of mindless fun, but Spaceplan manages to make a clicker game fun by dressing it up in a sci-fi package and tossing in some excellent writing. So what is the strange animal? As the description says, it’s  “based partly on a total misunderstanding of Stephen Hawking’s A Brief History of Time.” 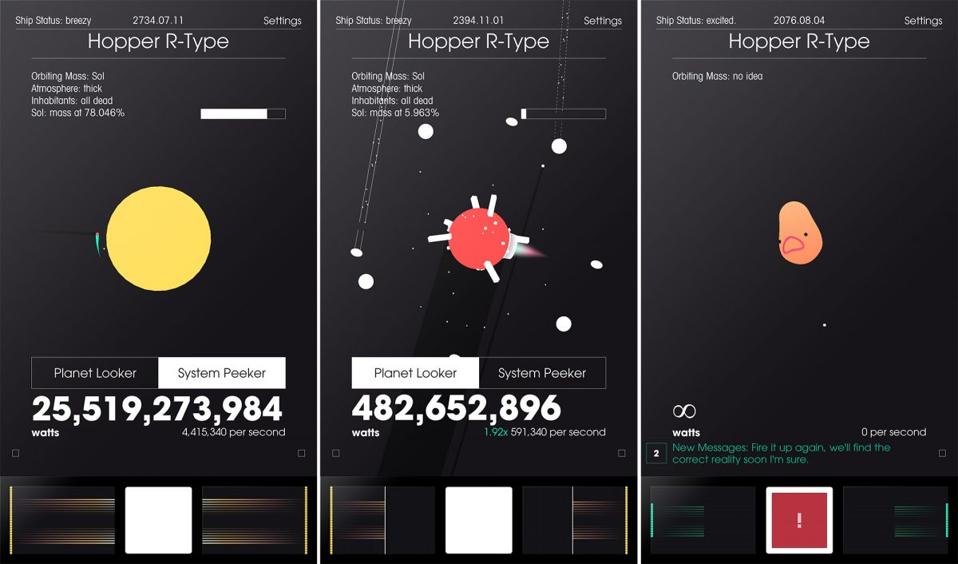 Spaceplan follows the exploits of a lone human (you) and the AI of the spaceship you find yourself stranded on. You’re orbiting an odd planet, and the only way to get home is to generate enough power to scan the surface, investigate your surroundings, and maybe travel through time a little. Amusingly, all the power comes from various forms of potatoes and tapping on the “kinetigen.” That’s the clicker aspect.

Spaceplan has simple geometric graphics, but the game feels very well-crafted. The dialog is witty and you’ll actually care about the story, wacky though it may be. This is the perfect game to play for a few minutes while you’re waiting in line someplace. The $2.99 price tag is a real bargain.

Interested in some auditory entertainment? Podcasts are a good, free way to pass the time. The apps for listening to them often cost a few bucks. The new podcast app Audvel is completely free, though. 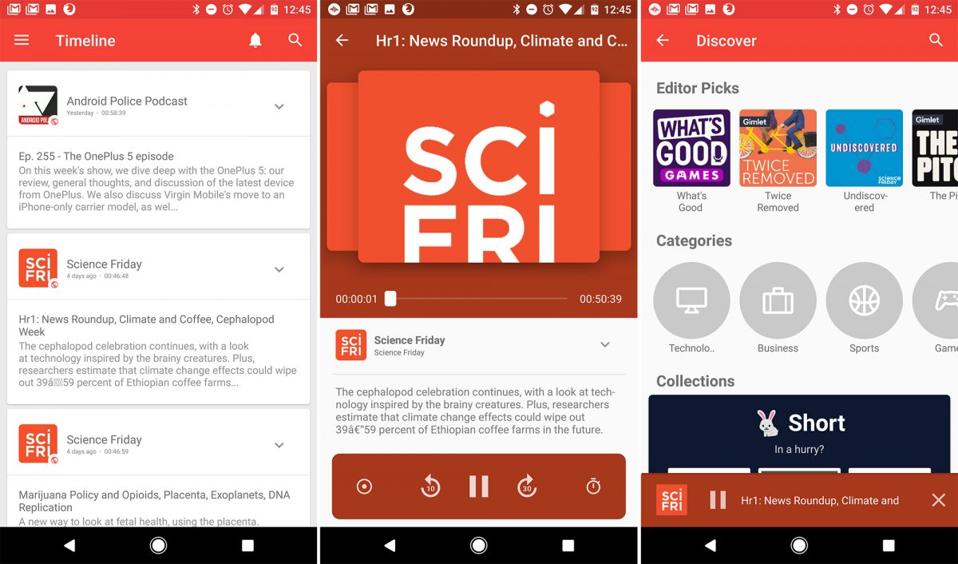 You need to log into Audvel with either your Google account or another email, but it automatically syncs your subscriptions between devices. That’s one of the essential features of a podcast app for me. No one wants to lose all their subscriptions when they switch phones. You can add new subs from the app’s discovery section, or search for your favorites.

You can stream new episodes or download them for offline playback. When listening, Audvel includes built-in support for increasing playback speed. It also compensates for the increase speed by lowering the pitch. It’s not the most full-featured app, but it’s still very new and completely free. There are supposed to be ads in Audvel, but I haven’t see any yet. A future in-app purchase to remove such ads seems likely.

As the name implied, Card Thief is a card game. However, it’s also addictive and hugely intense. That’s not usually something you’d say about a card game. In Card Thief, you play the role of a thief on a heist, and the only way to make off with the loot is to knock the other cards off the board until you reach the end of the deck. 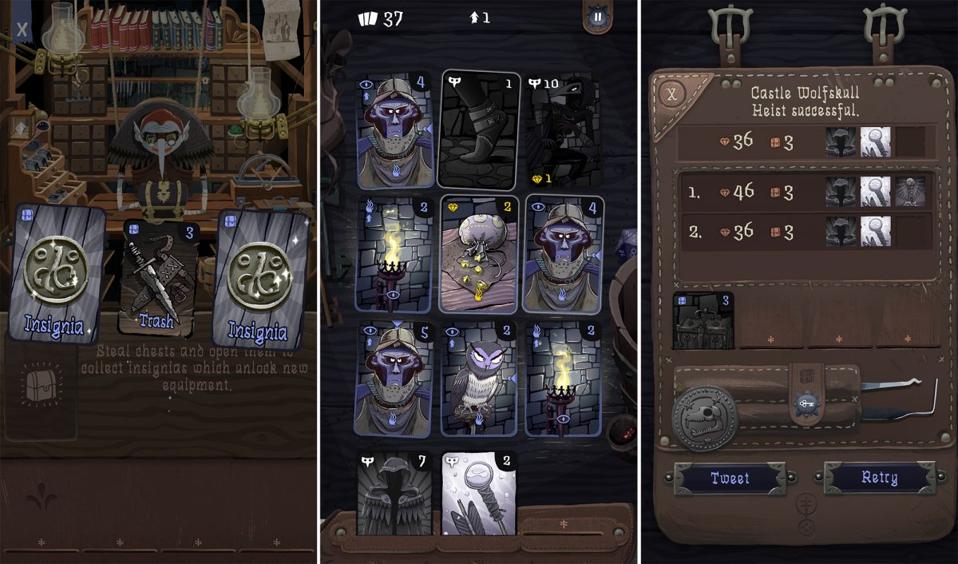 Card Thief comes with a lengthy tutorial, which a good thing as the rules are somewhat esoteric. Once you get the hang of it, you’ll be able to move your thief around the board, taking out guards, disarming traps, and eventually snagging the treasure chest before beating a hasty retreat. You remain alive as long as you have stealth points, but each actions like extinguishing lights and taking out guards use some of them. The key to success is understanding how to move strategically to maximize your stealth points and avoid the light.

Card Thief has a distinctive hand drawn “gothic” art style, and the animations are more elaborate than you’d expect from a card game. For example, the guard cards emote and change based on their alert status. Card Thief is an extremely well-made game, and you can try it free. If you like it, the ads can be removed for $1.99.