HTC’s U series will get a get a new member, perhaps a followup to the U Play. Code named “Ocean Life”, the new phone will have a 5.2” 1080p screen, but will be powered by the new Snapdragon 660 chipset instead of the Helio P10 of the Play. 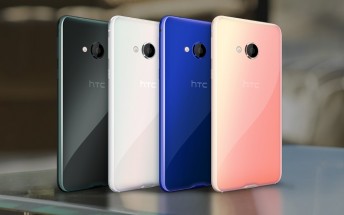 The new HTC will feature Edge Sense, the pressure sensitive sides of the U11, along with HTC USonic (aka USB-C headphones and no 3.5mm jack). The HTC Ocean Life will be among the first to feature Bluetooth 5.0 (great for its increased range).

The camera setup seems identical to the U Play – 16MP sensors on both the front and back. However, it will come with newer software, Android 7.1.1 and Sense 9.0, and battery capacity is up a notch at 2,600mAh.

Thanks for the tip, Mat!