LG Q6, a smaller version of company’s flagship G6 smartphone, was recently launched by the company. Now LG has put out an official promotional video highlighting FullVision display in Q6, its camera features, and the ability to use the device with one hand. LG Q6 is a part of company’s Q series, and the other two smartphones in the series are Q6+ and Q6α. The company has used the same FullVision display with  an aspect ratio of 18:9 in the Q6, like we saw in LG G6.

LG Q6 gets a 5.5-inch FHD+ FullVision display with the same 18:9 aspect ration that we saw in LG G6. It comes with a resolution of 2160 x 1080 pixels and a pixel density of 442ppi. The smartphone is being touted as a sleek phone that “comfortably fits in one hand.” The rear camera is 13MP, while the front shooter is 5MP with 100 degree wide-angle. The video highlights camera features such as Square Camera that divides the UI in two 1:1 squares, and Burst Mode that can be used to take multiple shots in sequence. 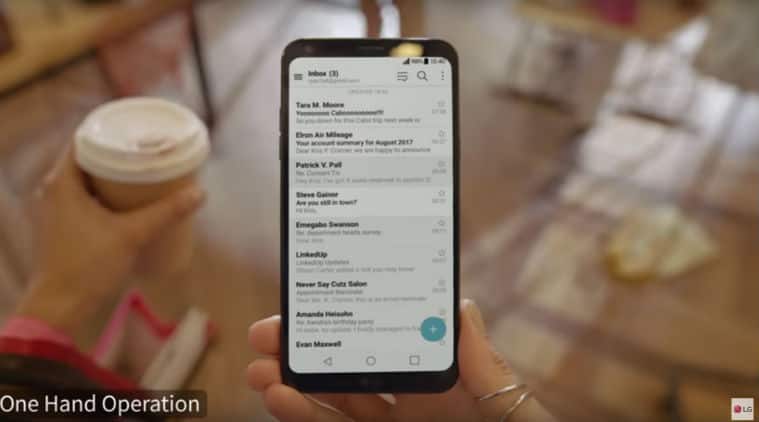 LG Q6’s promotional video also showcases durability of the smartphone. The company, in a press statement, said that metal frame surrounding the Q6 is constructed of ultra-strong 7000 series aluminum. According to LG, the smartphone has been subjected to over 20 battery tests which include heat, penetration and shock conditions.