Android Apple’s Clips app is iMovie for the next generation

When I opened up Apple’s new Clips app yesterday, as I’ve been doing for the past few days, I was greeted with the same photo-capture screen that’s prioritized in all the social “story” apps. Take a picture! Capture video! Share! Share everything! they scream at you. I added some text overlays and emoji, and fumbled my way through Live Titles, the feature that’s distinctive to Apple Clips. And eventually, I shared my Clips. But it took a while. Because Clips take a while.

After Apple first announced its Clips video-making app a couple weeks ago, a lot of people — including me — wondered whether this was the company’s attempt to grab some of the attention that’s been siphoned by social apps like Snapchat, Instagram, and Facebook. After using the new Clips app for the past five days, it’s become clear to me that this is not Apple’s attempt at a “social” app, at least, not in the way that social networks work. 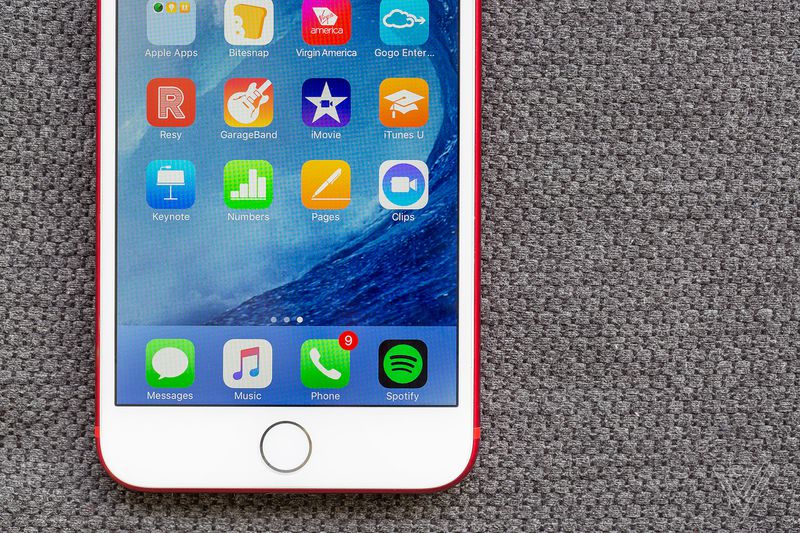 Instead, it’s a video-making app that borrows some features from other apps. It’s an app that requires some thought and a little more work than a Snap or tweet or ‘gram does. These days, it’s possible to use those apps in public and with friends in a way that doesn’t feel terribly rude, whether it’s because everyone else is doing it or because the point is to share something quick and raw. With Clips, prepare to spend at least a few minutes making something share-worthy.

CLIPS IS NOW AVAILABLE IN THE APP STORE

But that’s not a bad thing: it’s a distinctly Apple-like approach to mobile video. Parts of the app are also fun to use. There’s at least one element of the app that feels like it could use a whole redesign, and the question still remains as to whether this app is one that iPhone (and iPad) users will feel compelled to use before they use their favorite social apps. But overall, this is a kind of next-generation iMovie that I’m willing to bet a healthy portion of Apple’s user base will be happy to use.

If you ever said, “I wish iMovie was less about dissolves and transitions and more about adding cool filters and text,” then you are in luck.

Clips is free to download, and it’s available on iOS only. I wrote previously about its core features, but to summarize: you can shoot new photos or videos from within the app, or you can pull from your existing iPhone library. From there, you can add text, filters, overlays, emoji, and something Apple is calling “posters,” which are opaque transition cards. You can also add music, pulling either from your iTunes library or a selection of other instrumental music tracks curated just for the Clips app.

Clips are created in a square format, and are added to a basic timeline at the bottom of the screen. You can add individual video clips up to 30 minutes long to this timeline; and the total run time of a finished Clips video can be as long as 60 minutes. It’s also created and shared in 1080p HD, if your source video is HD. This is the kind of stuff that makes it much more of a video creation app than a Snapchat competitor.

THE CLIPS APP BREAKS A KIND OF SOCIAL CODE: IT TAKES MORE TIME THAN THE QUICK, RAW CLIPS OF OTHER SOCIAL STORY APPS

And then there’s Live Titles. Live Titles is the app’s big differentiator, and utilizes voice recognition technology in a way that’s both clever and confusing. Rather than punch in text or scribble it on the phone’s touchscreen display, with Clips you’re supposed to narrate your thoughts out loud. You can opt to have those words included as audio, text, or both. This option was partly driven by the way people are watching video online now — text only, no audio — which makes sense. Unfortunately, the way the feature is designed doesn’t make as much sense.

After selecting a Live Titles style, you’re then supposed to hold down the record button and speak. If you want to mute your voice in a video, you have to tap a mic button. This isn’t exactly intuitive; most times you’re tapping a microphone icon to start recording your voice. While you’re speaking, the text doesn’t appear on the Clip; it’s processed after the fact. If you want to undo Live Titles, you don’t unselect the Live Titles icon; you have to go into the Live Titles options and select “None.”

You also just can’t simply type in text to start from Live Titles; you have to go to the Overlays tab for that. So yeah, it’s complicated.

Considering that Apple plans to include a Help section in the app when it goes live, I’m guessing I’m not the only person who has given early feedback that it’s the most confusing part of the app. It’s a cool concept, but I really hope Apple considers seriously simplifying this.

Despite that, making Clips is easy, especially if you ignore Live Titles. I’ve made Clips videos of my cat (of course), a bowl of pho, a recent vacation, and California-esque things I’ve done in a single day. The comic filter is cool, and it renders the effect on photos and videos as you’re capturing them, not after the fact. Individually, the features are reminiscent of the features in other apps — sepia-toned filters, location and time stamps — but combined, it all feels distinctly Apple. Example: one of the text overlays is a familiar blue iMessage bubble.

THE COMIC FILTER IS COOL; ONE OF THE TEXT OVERLAYS IS A BLUE IMESSAGE BUBBLE

When you tap the share button — assuming you want to share your Clips when you’re done, unless you just like to make videos to look at all by yourself, which is possible — all of the usual suspects are there, from Vimeo to Facebook to YouTube to Mail. And iMessage is supposed to be slightly optimized for this. The app will use facial recognition technology to determine who is in your clips videos and prioritize those contacts in the share function; although, I haven’t tested that much, since I was using the app in advance of its official release and couldn’t share the videos to all of my contacts.

So while Clips isn’t Apple’s answer to Snapchat, or Instagram, or Facebook Stories, or Prisma, or the ill-fated Qwiki, there is still an element that’s inherently shareable. Which is to say, after making Clips this week, I actually wanted to share them. In a way, Apple has again renounced the responsibility of being a social network while also encouraging a kind of network-exclusive interaction. Just like the blue bubbles of iMessage will give you away, so will some of the features of this app.

Just don’t try to make a fancy Clips video to share while you’re out in social settings. It takes too darn long, at least at first.