The original Japanese cover for the first ‘Armored Core’ on PlayStation.

On July 10, 1997, the first Armored Core game was released on the original PlayStation in Japan. In the two decades since, the series has spawned countless sequels and built a large fanbase across the world, drastically changing the genre of mecha games in the process.

Armored Core was a unique mecha game where being able to build your own mecha was as important as how you piloted it. What’s more, these two elements were intertwined, as you often had to customize your build for each mission. So understanding how the customization fed into the combat was hugely important if you wanted to succeed within the game.

The premise had the player take on the role of a mercenary known as a Raven. Set in a dystopian post-apocalyptic future, humanity had retreated underground after an event called the Great Destruction. Global governments collapsed as a result and in their place, massive corporations took their place.

Much of the game then had the player take on missions from each of these corporations, either to gather intelligence or to destroy key targets among many other things. With much of the narrative conveyed via e-mails in the front-end menu, the story took on a quite voyeuristic tone where everything was not as it initially appeared.

As this was the first mecha game From Software had ever made, as prior to this the studio’s biggest selling games were from the King’s Field series, it made sense that the studio approached someone like Shoji Kawamori for the game’s mecha design.

Not only was he one of the original creators behind Macross, Kawamori was and still is a remarkably talented as well as respected mecha designer in his own right. When I interviewed him back in 2015, he was more than happy to explain how he got to work on this project and how its name came about.

When the design for Armored Core was requested to me, it was before the original PlayStation was launched. There were quite a lot of unknowns and there were ideas for separate parts, such as arms, feet and weapons and so on. These then had to be combined by the player on their own.

However, if you allow a player to create their own mecha it makes it very hard to give it a sense of visual identity. Such as clearly differentiating from other mecha anime and games. I also thought that other games would follow suit when this was released.

As I believed that this idea should differentiate this game from the rest of its competition, I proposed the concept of the “armored cores”. Meaning that of the core block with cockpit and engine as well as the joint connectors for head, arm legs, weapons and so on. They adopted the proposal and called it Armored Core as a consequence.

Focusing on the “core” for each design then gave the player not only something to focus their customization around but it helped to give each mecha a recognizable silhouette, not only for the player but their opponents as well.

This is because the original Armored Core wasn’t just a single player game, as it also had a very solid multiplayer component to it. Going up against a friend and changing your respective builds to counter one another’s tactics is something that is still refreshing and unique even today.

Following the release of the first Armored Core in July of 1997, it sold surprisingly well and shifted the studio’s focus over to making more mecha games. Released later in the same year in the U.S. it also went on to sell quite well and began to build a global fanbase for the series as a whole. 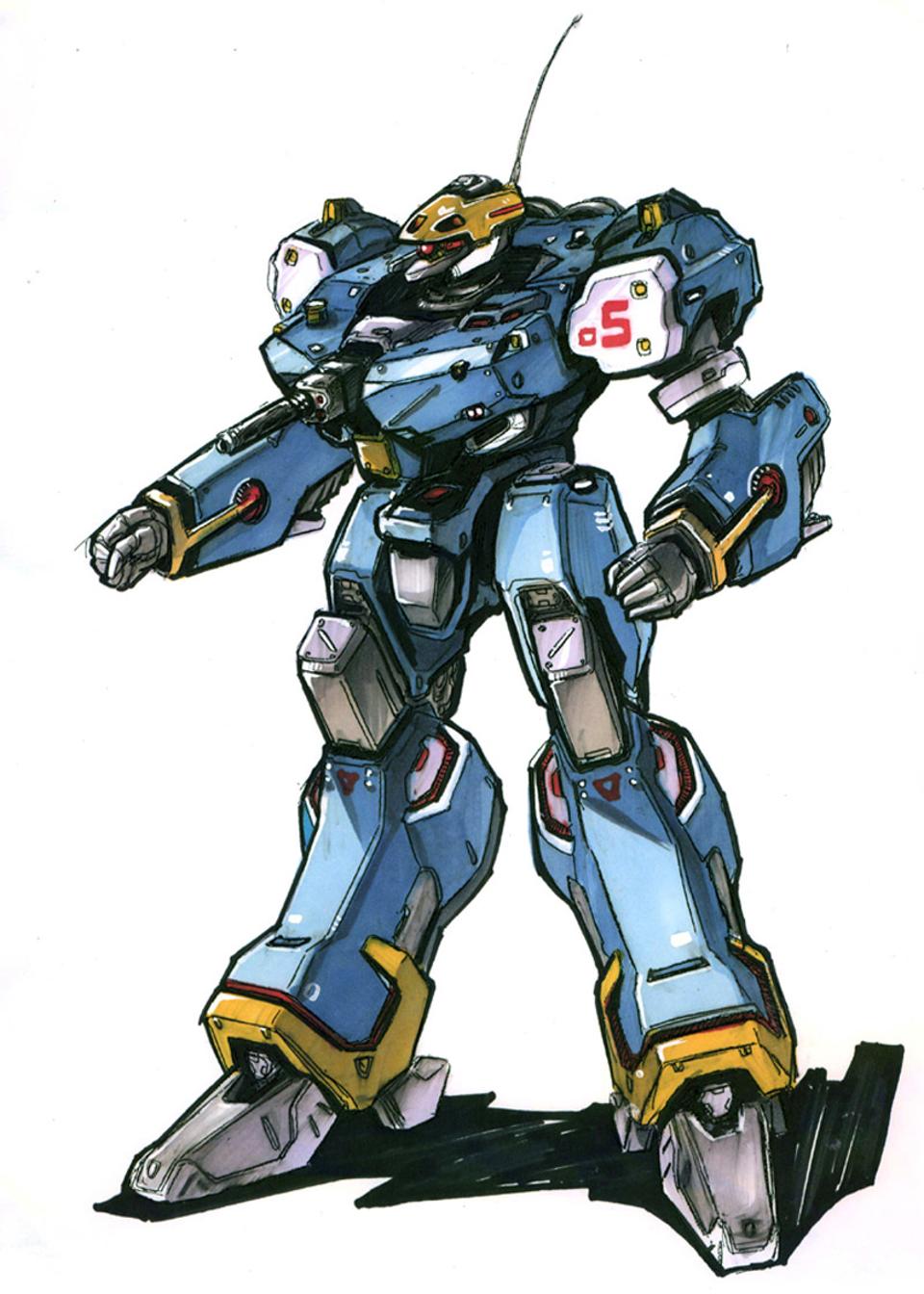 Unlike the MechWarrior or Heavy Gear games, Armored Core was a faster paced and more arcade take on mecha simulation. While you had to manage your energy output with boosting, as well as avoid spooging away all your ammo (as solid ammunition cost money to use), the combat was a lot more fluid and direct compared to Western mecha games of that era.

This was in part down to the removal of things such as torso twisting, as in MechWarrior, and the use of a square box targeting system called an FCS. The latter meant you had to simply get your target into the targeting frame and close down the range to get a lock. This meant your guns and missiles could use the same targeting system and it helped unify what would have been a very complex system into something much more accessible.

Unlike the more analog approaches to mecha simulation, Armored Core distilled elements from those and made something far more streamlined and intuitive. That said, the original controls for Armored Core were a bit on the clunky side, as to look up and down was initially mapped to the shoulder buttons but this setup was eventually rectified in later releases in the series.

The only sad thing with this anniversary is that the last entry in the series was Armored Core Verdict Day and that was released back in 2013. With the rise of the Souls games, From Software has moved away from its mecha gaming heritage. However, we may yet see a new Armored Coregame in the future but what that will end up being is anyone’s guess at this point.

In any case, the original Armored Core irrevocably changed the world of mecha gaming 20 years ago and its legacy is still with us today. While the series is currently sleeping, it is by no means dead and I am sure the games will be recruiting more Ravens sometime in the not too distant future.

If you are at all curious about the first Armored Core, then you can still buy the game on the U.S. PSN store for $5.99and play it on both your PS3 and Vita.