Last week, Samsung launched its new mid-range smartphone, the Galaxy On Max, which is priced at Rs 16,900. While the design and specifications are similar to the recently launched Galaxy J7 Prime, the Galaxy On Max doesn’t come with a glowing LED ring around the rear camera. It’s also powered by a slightly different chipset. It is also an online exclusive smartphone that can be purchased only from Flipkart.

One of the key highlights of the Galaxy On Max is the ‘flagship’ 13-megapixel rear camera with aperture f/1.7 to click good photos – whether there’s daylight, sunset or low-light conditions. Besides the sensor capturing more light, Samsung’s image processing algorithms also work in tandem to keep the graininess levels to minimum, especially in low-light. The camera app also includes live stickers and instant sharing mode, allowing you to quickly share your photos on social media. I got to spend some time with the Galaxy On Max at Samsung’s special event, and here are my first impressions.

The Samsung Galaxy On Max features an all-metal unibody design, with only the top and bottom ends having plastic material for the antenna bands. Up front, you have the display with 2.5D curved glass. Above the display, you have the front-facing camera with LED flash and a proximity sensor, whereas the capacitive Android navigation buttons and the physical home button is placed below the display. The home button also doubles as a fingerprint sensor for biometric authentication. Turn to the back and you have the camera module, the LED flash, and the Samsung logo sitting on the top half, whereas the rest is completely clean. The right edge houses the speaker on the top, followed by the power / sleep button. On the right edge, you have the volume buttons, a dedicated microSD card tray and a dual SIM card tray. It’s good to see Samsung giving users to insert two SIM cards as well as a microSD card. In terms of specifications, the Galaxy On Max comes with a 5.7-inch full HD display along with 2.5D curved glass on top. It is powered by MediaTek octa-core SoC with 4GB of RAM and 32GB storage. And besides the 13-megapixel rear camera, the smartphone also houses a 13-megapixel front camera with aperture f/1.9. The smartphone is armed with a 3,300mAh battery, and connectivity options such as Bluetooth, Wi-Fi, GPS, and 4G LTE with VoLTE HD voice calling support. I got to play around with the smartphone’s camera. I clicked a few photos during sunset, and a few at night conditions. While the auto mode does a good job in clicking photos, I was using the pro-mode to capture the exact kind of shot that I wanted. The pro-mode lets you control the ISO sensitivity, exposure level and auto-white balance. Keeping the ISO at 100, exposure between -1 to -2, I was able to capture some good photos with less noise. Below are some camera samples shot on the Galaxy On Max in low-light. 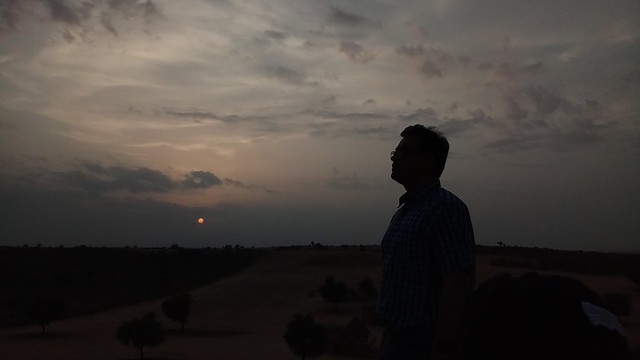 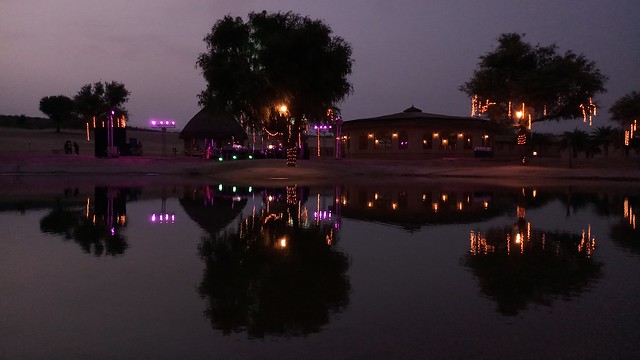 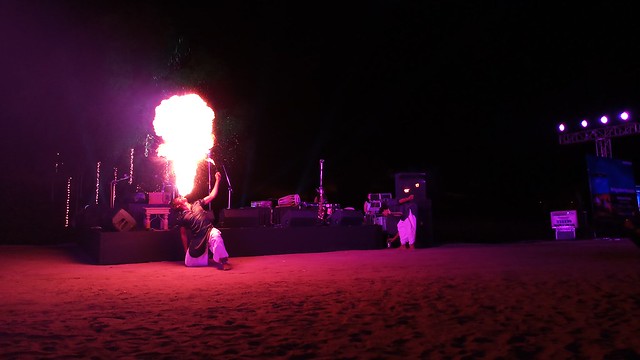 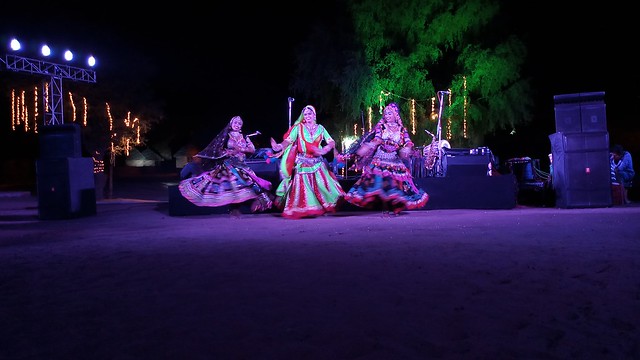 The key highlight being low-light photography, the Galaxy On Max does live up to the expectations and lets you capture good photos in low-light scenarios. However, I am yet to try out the smartphone at length, so I would reserve my final judgment until I review the smartphone.

At this price point, its closest competitors are the Moto G5 Plus, Nokia 6, Nubia N2, Honor 8, and Asus Zenfone 3 (ZE552KL). However, looking at the specifications, features and camera capabilities, the Galaxy On Max looks like an interesting device to look forward to.

(Disclaimer – The correspondent’s travel and accommodation for the event in Khimsar was arranged by Samsung.)