Noted developer-tipster LlabTooFeR has tweeted claiming that the HTC U 11 will be come with a USB Type-C to 3.5mm adapter inside the box, indirectly hinting the removal of the 3.5mm audio jack. The HTC U 11 will instead bundle USB Type-C based headphones, just like the Bolt and HTC U Ultra. HTC followed Apple’s path by ditching the headphone jack on the HTC Bolt first in November 2016. The company followed the same trend with the HTC U Ultra and HTC U Play smartphones launched in January.

All the three smartphones packed USB Type C-enabled headphones inside the box, but did not bundle the USB Type-C to 3.5mm adapter. HTC looks to change that trend with the HTC U 11 launching on May 16 in Taiwan. The big highlight of the device is the Edge Sensor feature that brings sensors underneath the metal edge of the phone. These sensors are expected to perform multiple functions when the user taps or squeezes the metal edges. Based on past leaks, the edge sensors seem to be placed on the bottom half of the handset, right where one would normally grip the smartphone. 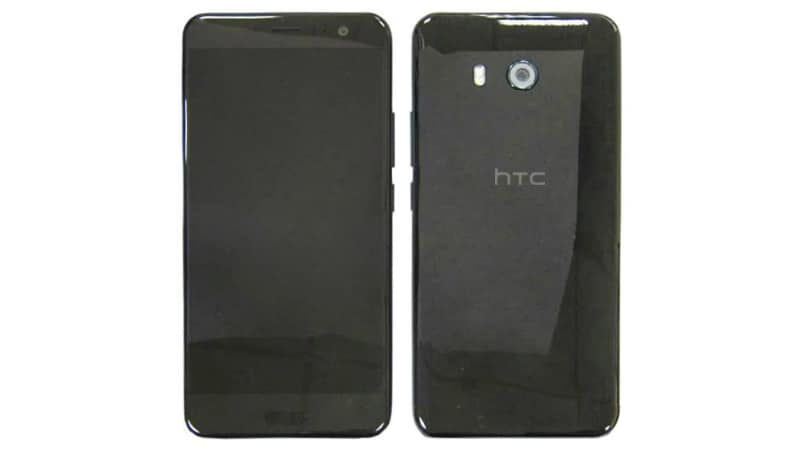 As for specifications, previous leaks suggest that the phone will be made available with a dual-SIM variant, run Android Nougat with HTC Sense UI & Edge Sense, and sport a 5.5-inch QHD (1440×2560 pixels) display with Corning Gorilla Glass 5 protection. It is expected to pack Qualcomm’s Snapdragon 835 SoC, and has been tipped to come with memory/ storage combination of 6GB of RAM/ 128GB built-in storage and 4GB of RAM/ 64GB built-in storage. The smartphone has been tipped to feature storage expandable up to 2TB.
In terms of optics, the HTC U 11 is expected to sport a 12-megapixel UltraPixel (possibly Sony IMX362 sensor) rear camera with f/1.7 aperture, OIS, dual-tone LED flash, and 4K video recording capabilities. At front, the phone has been tipped to come with a 16-megapixel (possibly Sony IMX351 sensor) with f/2.0 aperture, and 1080p video recording capability.

The fingerprint scanner embedded into its home button and come with water and dust resistance rating of IP57. In terms of audio features, the HTC U 11 is expected to offer HTC BoomSond, Hi-Res Audio, HTC Usonic (Active Noise Cancellation), and 3D Audio Recording.