From the image below, you can see that the screen-to-body ratio of the Galaxy Note 8 is better than that of the flagship smartphones – Galaxy S8 and Galaxy S8+. We have already come across this information, thanks to a previous leak. Also, the latest leaked render suggests that the Galaxy Note 8 will have a 6.3-inch display that goes in line with the previous rumors.

This screen is believed to have a QHD 1440p resolution. But the chances to expect a 4K display are high if Samsung wants to focus on VR. The latest leak suggests that the Galaxy Note 8 might be priced around €999 (approx. Rs. 72,000). At such a premium price point, it is possible for the device to arrive with a 4K display. Another noticeable feature is the rear-mounted fingerprint sensor, which wasn’t seen on the previous leaks. 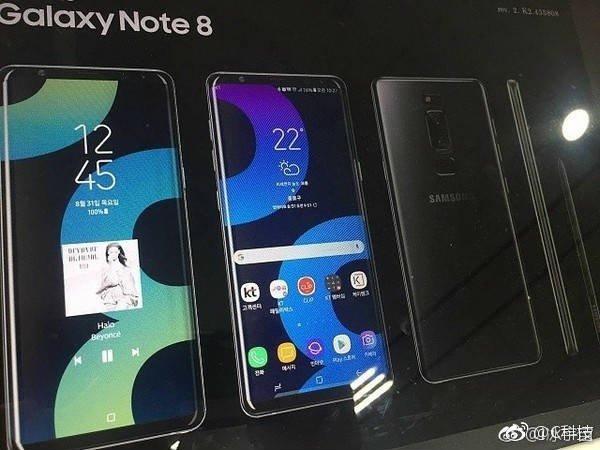 It seems to be positioned under the dual-lens rear camera setup. Samsung is believed to make use of two 12MP camera sensors at the back with OIS.

Talking about the other details as tipped by the previous speculations, the Samsung Galaxy Note 8 slated to be unveiled in late August ahead of IFA 2017 is likely to feature Snapdragon 836 SoC. The upcoming chipset is claimed to be paired with either 6GB or 8GB RAM and up to 256GB of default memory capacity. The other aspects include a 3300mAh battery and DeX support as well.