The idea of Apple and Samsung in all-out war for smartphone supremacy has always been a flawed one for one central reason: If this were a true fight to the death, one side wouldn’t perpetually supply the other one with key materiel. Yet inside iPhone there have always been parts supplied by Samsung subsidiaries and this is expected to continue with the forthcoming iPhone 8. One of the central features of the new model, an OLED display, will almost certainly be sourced solely from Samsung at first, sending billions from Cupertino to Korea. 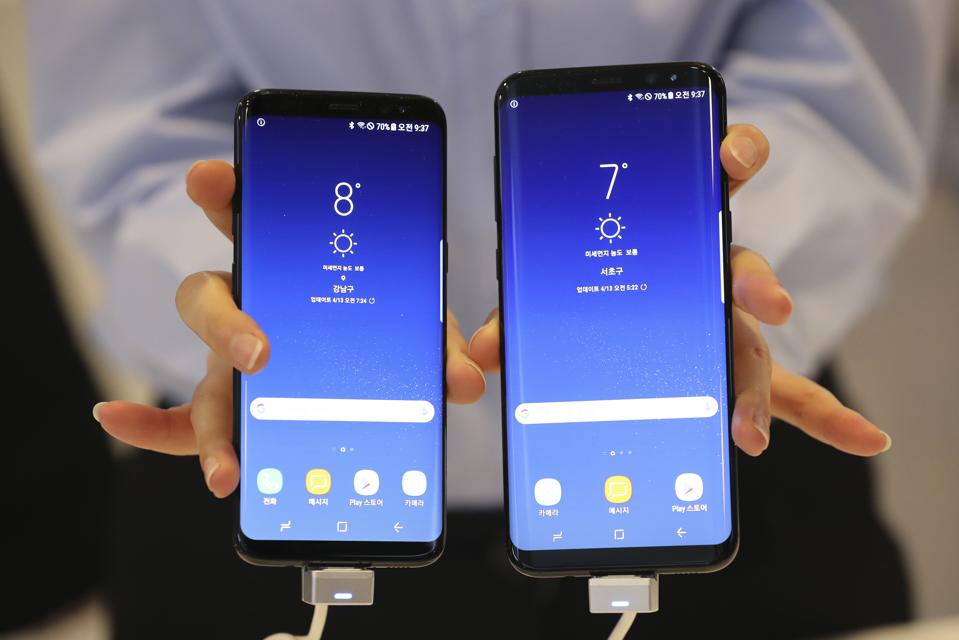 Wait, isn’t this about Apple? Samsung’s Galaxy S8 models use what is almost certainly the best display ever put in a smartphone. This fall, the iPhone 8 should at last have access to Samsung’s OLED screens and offer Apple users the same beautiful screens. (AP Photo/Lee Jin-man)

Lending credence to this story is a report from ET Newsthat Samsung is rumored to invest upwards of $20 billion in the next two years expanding its production capacity for OLED displays used in smartphones. The cottage industry of news outlets that cover supply chains in Southeast Asia isn’t always accurate, but in this case the report contains enough specifics that it implies a massive increase in capacity for OLED screens in a smartphone industry that has seen growth fall to the low single digits.

Samsung has supplied its own mobile division with OLED screens for years now, making them a signature feature of the Galaxy line. But while Apple once criticized the technology — Tim Cook called it “awful” four years ago — in recent years OLED has surpassed LCD in overall performance. The Galaxy S8’s screen earned an A+ rating from the experts at DisplayMate and is almost inarguably the best screen ever put into a smartphone.

It’s likely Apple has wanted to make the transition to OLED for several years, but as I discussed when the iPhone 7 launched last year, that was impossible: “Samsung … doesn’t have the capacity to just make 150 million extra top-end OLED screens for a competitor.” To address that, Samsung has been expanding existing capacity such that it’s rumored to be supplying Apple with as many as 70 million OLED screens even before this year is over.

With iPhone sales of more than 220 million annually, though, those 2017 deliveries are just the tip of the iceberg. Which gets us back to the ET News story, Apple and Samsung’s “co-opetition”, and the long, slow move to replace LCD with OLED.

For all the power and media coverage of Galaxy vs. iPhone, Samsung is a diversified conglomerate with huge component businesses that make memory chips, fabricate processors, and build displays. Apple has typically tried to source the critical parts for iPhone from at least two suppliers, e.g. buying the cellular chips it uses from Intel and Qualcomm or getting screens from Samsung and LG. When it comes to OLED, though, LG — and for that matter everyone else in displays — hasn’t yet caught up to Samsung.

The key isn’t just production capacity, where Samsung is unequivocally out in front, but also in display quality. And when it comes to performance, Apple has shown a willingness to “sole source” a part, at times buying all its processors from TSMC for example. The result? A big financial windfall for the supplier and in this case, that could easily be in the billions.

Industry analyst IHS estimates that the screen in a Galaxy S8 has a cost of $85 per unit. Rather than suggest Apple will pay Samsung precisely that much per screen it makes sense to just look at some simple math: If only 100 million iPhones in the next year adopt OLED, even at $50 per panel Samsung would receive $5 billion dollars for displays. Assume that more of Apple’s production will transition in the next year and you could easily imagine the value of supplying screens to Apple to exceed $10 billion annually.

Apple has been rumored to be working with everyone from LG to Sharp to Japan Display to help those firms make the transition to high-volume OLED production. And perhaps one or more them will get there, eventually making it possible to buy screens from more than one manufacturer. Indeed, part of the promise of OLED aside from high quality visuals has been that ultimately it should cost less to manufacture than LCD. The process to build OLED screens has fewer steps and because the technology itself emits light, a backlight unit isn’t needed.

But despite all this, OLED hasn’t yet taken over mobile because building plants costs billions and ramping them to full production takes years. With Apple finally making the move and Samsung making sure it is ready to supply its rival, 2017 should be when it kicks into high gear. And unlike in most “wars”, here everyone should win: Apple gets better technology, Samsung gets more money, and iPhone users finally get to enjoy OLED’s advantages.