Human Growth Hormone helps you to build the muscles rapidly, slash out fat, increase libido. But there are many discussions are going on for the usage of HGH. The users should learn to use the powerful anabolic hormone to increase your hormone naturally. 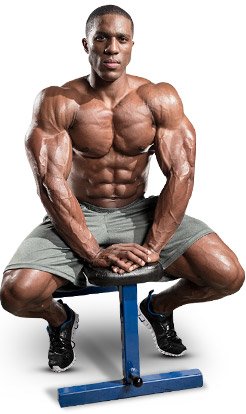 In pituitary gland, the human growth hormone is produced naturally. As the name says it is responsible for regeneration and cell growth. When you want to increase muscle mass and bone density, then human growth hormone is a must. However, it also helps to maintain the tissue, brain and vital organs health. Soon after the secretion of growth hormone, it remains in the blood for few minutes, but that is the enough time for the liver to convert it into growth factors. Though scientists began to harvest growth hormone for pituitary of cadavers in the 1950s, they did not prepare the HGH medically in laboratories until 1981. After some years it had been started to use as a performance-enhancing drug.

Generally, Healthy adult men have less than 5 nanograms per milliliter in the circulating blood whereas the female produce twice the amount for the child-bearing purpose. However, the growth hormone levels are at peak for both sexes during the puberty and drop sharply from the early 20s.

After taking the HGH in any form, it enters the bloodstream, spreads around the body, concentrates in the liver and converts into IGF-1 (insulin-like growth factor). This is a responsible substance for muscle growth that is the main effect of HGH for bodybuilding. IGF-1 binds to its receptors in skeletal muscle tissue and accelerates protein synthesis. The fat burning function of HGH is performed by GH itself. The GH hormone binds to Somatropin receptors that lead to elevation of free fatty acids level. Hence, the body starts using fat as an energy source instead of Carbs. Fat loss neither interacts with muscle growth nor interferes with it. HGH only allows you to gain lean muscle mass and lose fat altogether. GH has another unique feature called hyperplasia, the increased muscle cells due to their proliferation. This is a substantial effect because HGH induced muscles are permanent. HGH is must in your training program and without GH the bodybuilding dream will never be satiated.

HGH has been the first choice of bodybuilders because of the rapid muscle mass gain. HGH is often combined with other hormones say testosterone or other AAS as performance enhancing drugs. HGH supplements are delivered in OTC as a booster. A defective and injured pituitary cannot produce HGH. Since they help to increase the GH level artificially, it has been legalized. When the GH level is found adequate, taking HGH in any form affect the natural secretion. It might lead to potential side effects too. HGH has been chosen by most of the body builders for muscle growth caused by protein synthesis acceleration, fat loss with muscle gain, cartilage quality improvement along with mild side effects. Add-up HGH supplement in your training program after discussing with your family physician to avoid serious effects.