Google has announced that the company has partnered with 27 carriers and device manufacturers available worldwide, who have now launched RCS (Rich Communications Services) for Android users with the search giant. Apart from the already existing partners (including Sprint, Rogers, and Telenor), the new names include Orange, Deutsche Telekom, and Globe. Mobile manufacturers who have also partnered with Google include Micromax and Lava. 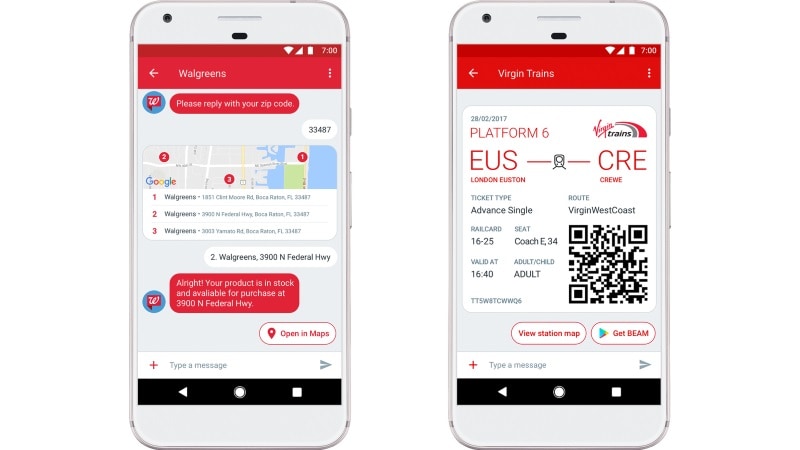 With this partnership in place, the carriers will now support RCS messaging powered by the Jibe RCS cloud from Google and will be preloading Android Messages (formerly called Messenger for Android) as the standard native messaging app for their subscribers. “We’re also announcing that the Vodafone Group RCS service is supporting Android Messages and has already launched across 10 markets for Vodafone subscribers globally,” the company said in its blog post.

To recall, RCS or Rich Communication Services is essentially a new standard for carrier-based messaging that would allow high-res photo sharing ability, group chats, and other capabilities that were not offered by the previous communication standard.

Google says that its partners have also committed to interconnecting through the Jibe RCS hub in order to ensure that RCS messages are delivered to subscribers across carrier networks. The company claims that it is now partnering with carriers representing more than 1 billion subscribers worldwide.

Even though RCS is not limited to Android in terms of technicality, if it does remain limited to Android, it will not be possible for it to successfully succeed SMS as conventional messaging standard, as pointed out in a report by Venture Beat.

Earlier this month, Google announced that it partnered with Telenor ASA to roll out RCS to the Norwegian telecoms company’s subscribers in Asia (including India) and Europe. Google acquired Jibe Mobile in October 2015 with the aim of deploying RCS for Android.