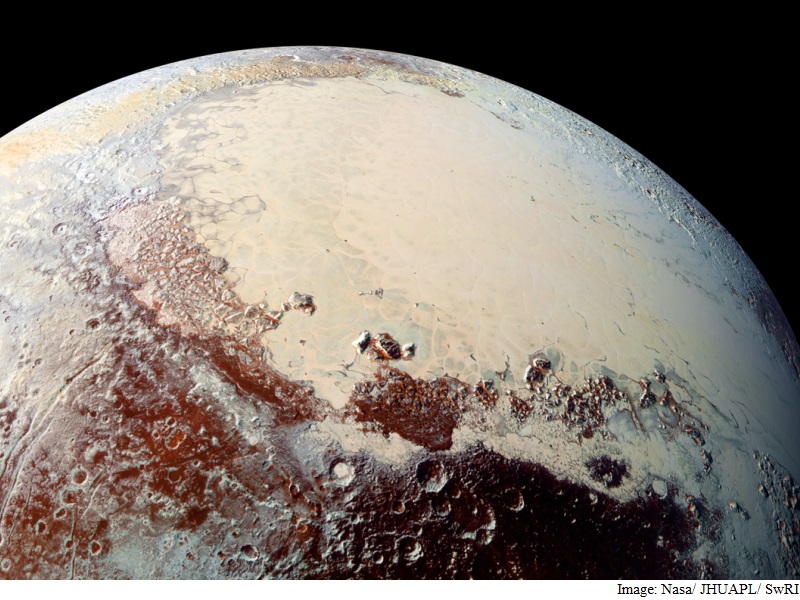 Pluto contains a rich variety of colors on its surface, according to observations out Thursday fromNasa’s New Horizons probe that stunned astronomers.

The probe’s first published science results revealed dark red parts at the equator of the dwarf planet to lighter and bluer regions at higher latitudes.

Previously experts did not have a clear picture of Pluto’s colors.

“I was astonished to see such spectacular surface color and geological diversity,” said Silvia Protopapa, an assistant research scientist in astronomy at the University of Maryland and part of the New Horizons surface composition team.

A new color image of Pluto published in the journal Science was obtained with the spacecraft’s Multi-spectral Visible Imaging Camera (MVIC).

On July 14, New Horizons became the first spacecraft to fly by Pluto, offering scientists an unprecedented view of the dwarf planet.

Scientists working on the project have already released most of their observations to the public, but data will continue to pour in for the next year.

“The data returned so far show a surprisingly wide variety of landforms and terrain ages on Pluto, as well as variations in color, composition and albedo (surface reflectivity),” Nasa said.

“Team members also discovered evidence for a water-ice rich crust, multiple haze layers above the surface in Pluto’s atmosphere, and that Pluto is somewhat larger and a bit more ice rich than expected.”