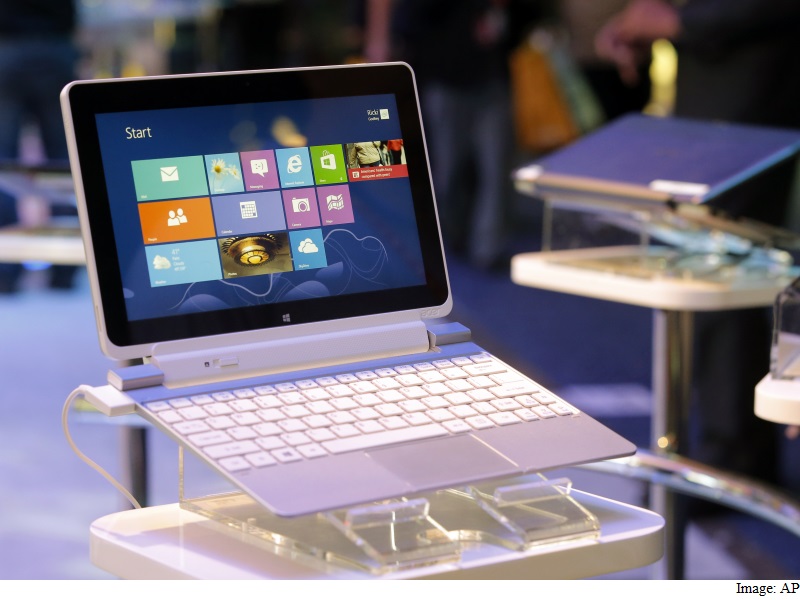 So many people have gone so long without buying a new personal computer that the industry’s biggest players are trying something different: a quirky advertising campaign. The $70 million (roughly Rs. 454 crores) marketing push aims to highlight how much better PCs have gotten since smartphones and tablets came along.

Rival PC makers Hewlett-Packard, Dell and Lenovo are joining forces with Microsoft and Intel to revive languishing PC sales with ads that don’t promote specific brands. They’ll be punctuated with the slogan, “PC does what?”

It’s a concept similar to earlier campaigns by beef and dairy producers that sought to extol the virtues of their products.

The PC campaign will tout the increased versatility of laptops that have slimmed down while adding more powerful chips, longer-lasting batteries and higher resolution screens that also respond to touch commands. Many of the screens also detach from keyboards so they can function as tablets, too. Most new PCs are now powered by Windows 10, which Microsoft bills as its best operating system yet.

“With this perfect storm of innovation, we felt it was the time to tell our story,” said Steve Fund, Intel’s chief marketing officer. “People think having something good is good enough because they are unaware of how much better the PCs are now.”

The campaign, scheduled to begin Monday in the US and China, will include TV commercials on major networks and online ads. The participating companies will split the $70 million cost of the campaign, which will run through November in an effort to entice holiday shoppers.

The ads are primarily targeting consumers who haven’t bought a new PC in at least four years – a potential audience of about 400 million people, estimated technology industry analyst Patrick Moorhead.

The PC push comes amid a 3 1/2-year decline in sales that has been driven by a shift to smartphones and tablets able to handle many of the tasks that previously required desktop and laptop computers.

Even the late July release of Microsoft’s Windows 10 operating system couldn’t reverse the slide. Worldwide shipments of PCs fell by 8 percent from the previous year during the three-month period ending in September, according to the research group Gartner. Lenovo, HP and Dell were the top three PC makers in the quarter.

But the pendulum may be poised to swing in the other direction.

About half the consumers polled in Gartner’s personal technology survey said they plan to buy a new PC during the next year, compared to just 21 percent who said they have a tablet on their shopping list.

In an effort to reverse a recent decline in iPad sales, Apple introduced a larger version of its trendsetting tablet that’s designed to behave much like a laptop. The iPad Pro will sell for $800 (roughly Rs. 51,200) and an accompanying keyboard will cost an additional $169 (roughly Rs. 10,800).

Consumers who have owned the same PC for several years can now buy a vastly improved model for $500 to $700 (roughly Rs. 32,000 to Rs. 44,800), Moorhead said, making it more likely the marketing campaign will win converts.

“I think the PC might have its best hand in the past five to seven years,” Moorhead said.