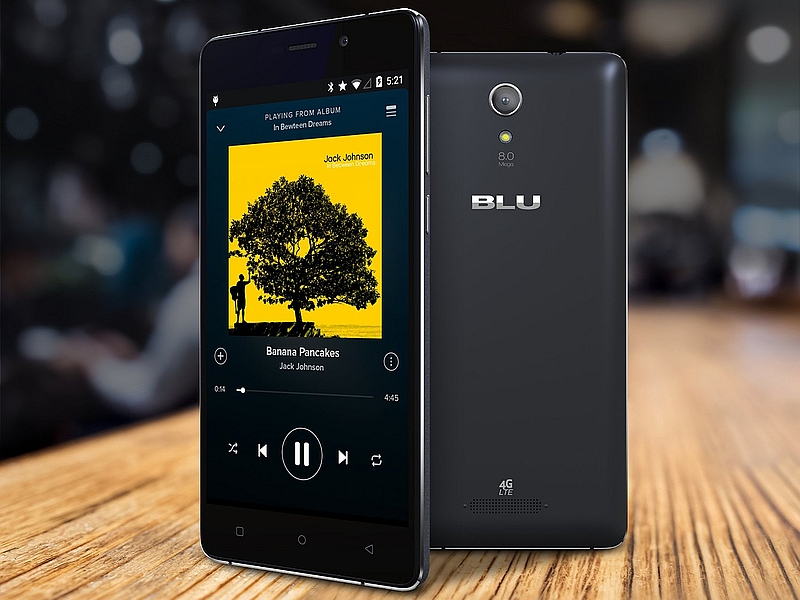 Blu, after launching its Vivo Air LTE and Pure XL Android smartphones in the US last month, has now launched the Energy X and Studio Energy 2 handsets as well. Available to buy from Amazon US, the Studio Energy 2 is priced at $179 and the Energy X costs $109. Both support dual-SIM cards and run on Android Lollipop.

The Android 5.0 Lollipop-based Blu Studio Energy 2 is the successor to Blu Studio Energy and comes with upgraded specifications. The smartphone sports a 5-inch HD (720×1280 pixels) Super Amoled display offering a pixel density of 295ppi, and is powered by a 64-bit quad-core MediaTek MT6735 processor clocked at 1.3GHz, clubbed with ARM Mali-T720 and 1.5GB RAM.

The metal-clad Studio Energy 2 (seen above) features an 8-megapixel rear camera with LED flash and a 5-megapixel front-facing camera for video chats. The 16GB inbuilt storage is also expandable via microSD card (up to 64GB). The 4G supporting smartphone includes Bluetooth 4.0, Wi-Fi, Hotspot, USB-OTG, and Micro-USB v2.0 connectivity options. It measures 144.7×71.2×10.18mm and weighs 176 grams. The 5000mAh battery is rated to deliver up to 3 days of standard usage and 20 days of standby. The Studio Energy 2 is available in White and Grey colour variants. 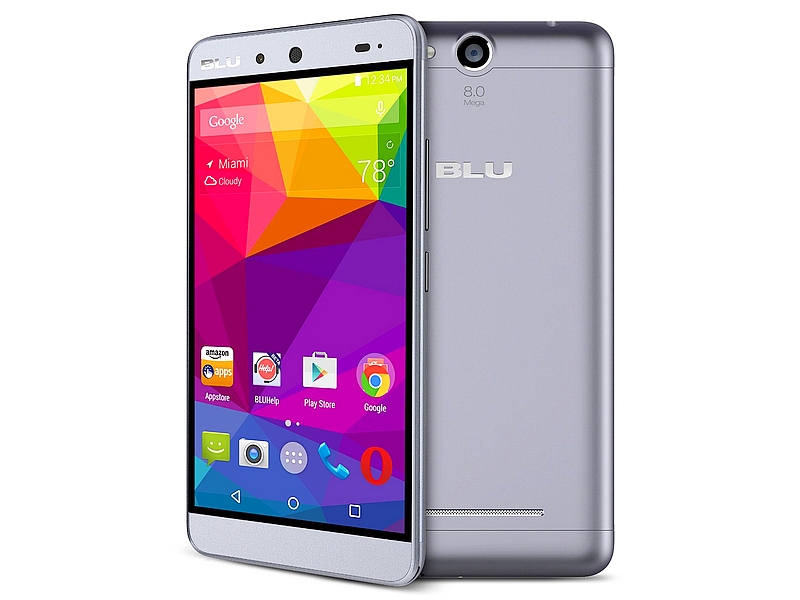 The Android 5.1 Lollipop-based Blu Energy X (seen above) smartphone is a slightly low-powered smartphone as compared to Studio Energy 2. It features the same display size and resolution but additionally bears Blu Nex Lens technology (OGS) and IPS display technology. It is powered by quad-core MediaTek MT6580 processor clocked at 1.3GHz, clubbed with 1GB RAM and ARM Mali-400. Also included is a 2-megapixel front-facing camera and comes with 8GB of inbuilt storage, which can be expanded via microSD card (up to 64GB). Measuring 142x70x8.9mm, the smartphone weighs 154 grams and is backed by a 4000mAh battery rated to deliver up to 3 days of standard use and over 30 days of standby time. Rest of the specifications stay the same as Studio Energy 2. The Energy X however, misses out on 4G connectivity and is available to buy in Gold and Grey colour variants.