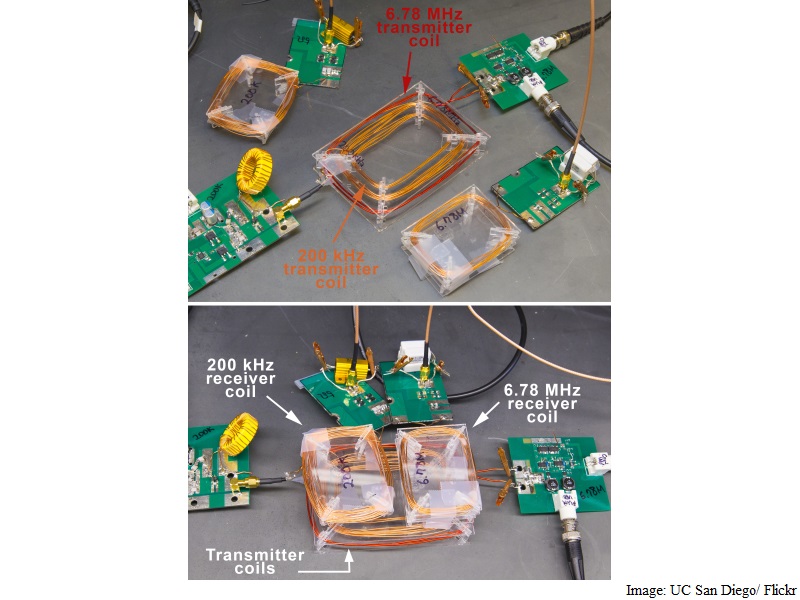 Engineers have devised a new technology to develop a wireless charger that will be compatible with different consumer electronics from different brands.

The team from University of California-San Diego developed a dual frequency wireless charging platform that can charge smartphones, smartwatches, laptops and tablets at the same time, regardless of which wireless standard, or frequency, each device supports.

“To our knowledge, this is the only multi-standard wireless power transmitter that’s been shown to operate simultaneously at two different frequencies with high efficiency,” explained Patrick Mercier, professor at UC San Diego who led the study.

Each wireless charger so far supports either the Qi, Powermat or Rezence standard and will only work with devices that support the same standard.

As a result, wireless charging technology is ripe for a battle similar to the one that took place betweenBlu-ray and HD DVD.

A battle between incompatible wireless standards could cripple the field until a winner emerges.

“To help avoid such a situation, we developed a wireless technology that is universal and supports all of these standards so it won’t matter which standard your device supports,” Mercier added.

These three standards operate under different frequencies: Qi and Powermat operate at around 200 kHz while Rezence operates at 6.78 MHz.

So herein lies the challenge. In order for a single charging device to support multiple standards, it needs to operate across these very different frequencies.

To address this problem, Mercier and his team built a charging platform capable of simultaneously operating across the frequencies supported by all three wireless power standards.

The researchers have filed patents on this technology and are looking for commercial partners to help bring the universal wireless charger into the market.

The paper was published in the journal IEEE Transactions on Power Electronics.