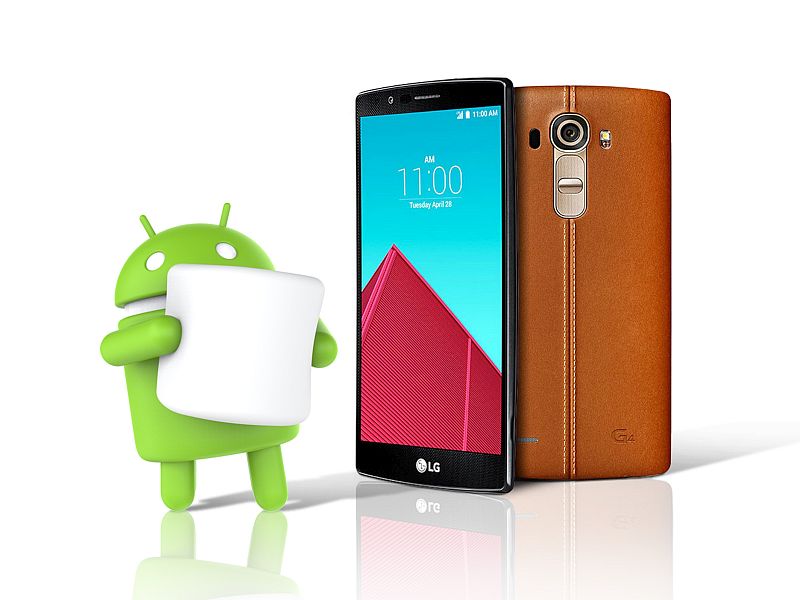 According to the South Korean handset maker, the G4 users in Poland will be the first to receive the latest Android OS update beginning next week. LG further confirmed that the Android 6.0 Marshmallow will next rollout to markets including Europe, Asia, and the Americas. The company however clarified that the specific details of the upgrade and receiving models will be revealed in individual markets.

Some of the new features of Android 6.0 Marshmallow (previously just Android M) include revamped app permissions; Google Now on Tap feature; new Chrome feature that will change the Web experience for Android users; new ways to handle Web links; Android Pay mobile payment system is now official with Android M; new fingerprint APIs for developers to add into their apps, New Silent feature for sound and vibrate mode as well as a ‘Do Not Disturb’ mode to block all sounds or only alarms and notifications, and battery saver features called Doze that will make Android devices smart about managing power. Some of the other additions include new RAM manager, adoptable storage devices, new app drawer, auto backup and restore for apps, and support for USB Type-C ports.

Announcing the update, Chris Yie, Vice President and Head of Marketing Communications for LG Mobile Communications Company said, “By working closely with Google, LG has been able to bring Android 6.0 to the G4 ahead of any of our competitors. While speed alone isn’t an indicator of great service, it does go a long way toward giving consumers the confidence that LG is committed to its existing customers first.”