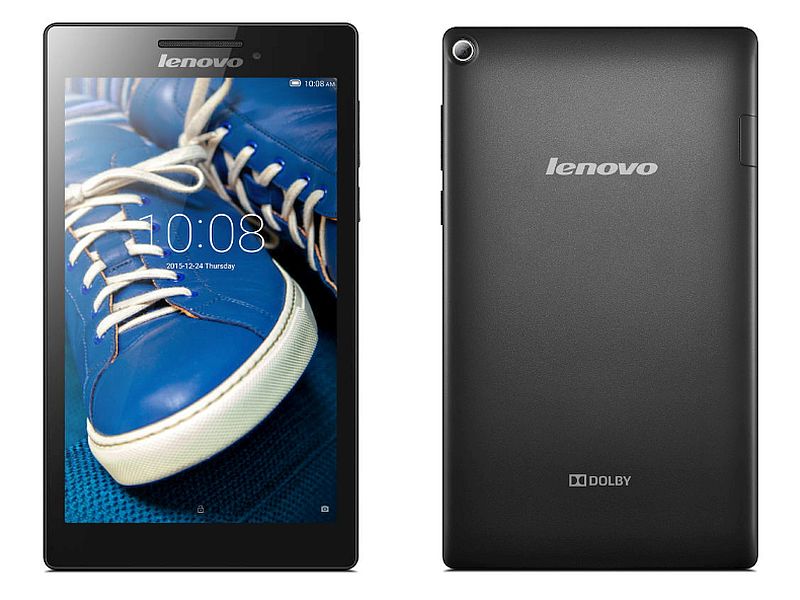 Lenovo India has expanded its budget tablet offerings with the launch of the Tab 2 A7-20. Priced at Rs. 5,499, the tablet will go on sale in the country soon.

Notably, the Lenovo Tab 2 A7-20 is already available at a discounted price of Rs. 4,999 from Snapdeal, an e-commerce website.

The tablet features a 7-inch IPS display offering a resolution of 1024×600 pixels resolution. There is a quad-core MediaTek processor under the hood clocked at 1.3GHz coupled with 1GB of DDR3 RAM. It comes with 8GB of inbuilt storage which is expandable via microSD card (up to 32GB).

The Android 4.4 KitKat-based Lenovo Tab 2 A7-20 is upgradeable to Android 5.0 Lollipop; though no word as of now about the update release dates. The tablet sports a 2-megapixel rear camera with LED flash and also houses a 0.3-megapixel front camera. The Lenovo Tab 2 A7-20 is a Wi-Fi only tablet doesn’t feature SIM support. Apart from Wi-Fi, the tablet offers USB OTG, and Micro-USB connectivity options. The tablet is backed by a 3450mAh battery.

The company last week launched the Lenovo Phab Plus in India at Rs. 20,990. The smartphone features a 6.8-inch full-HD (1080×1920 pixels) display offering a pixel density of 326ppi, the highlight of the smartphone. The Lenovo Phab Plus packs a 64-bit octa-core Qualcomm Snapdragon 615 processor clocked at 1.5GHz coupled with an Adreno 405 GPU and 2GB of RAM.