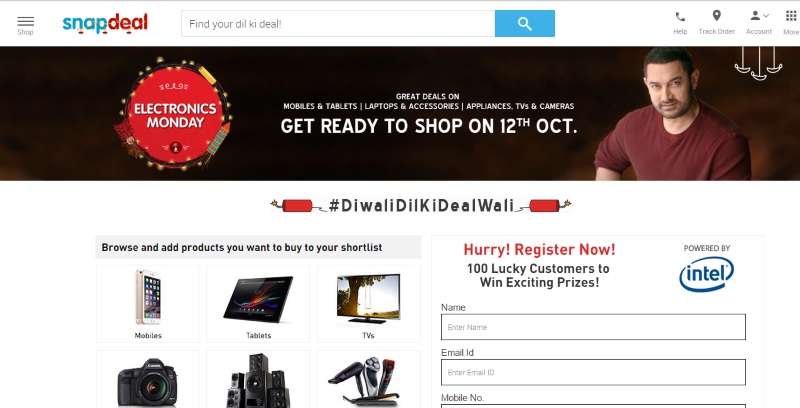 Amazon Great Indian Festive Sale and Snapdeal Electronics Monday Sale are around the corner and more details are emerging about the deals and products on offer. Amongst other brands, Micromax’s Yu has announced details of its products that will be part of the festival special sales.

Yu has announced that its Yu Yuphoria and Yu Yureka Plus – both of which now run Android instead of Cyanogen OS and are available via open sales – will part of Amazon’s Great Indian Festive Sale. Meanwhile, the Snapdeal-exclusive Yu Yunique will be available without registrations as part of Snapdeal Electronics Monday, the company has announced.

Yu said as part of the release that it wants to become the number one online-only handset brand in India, with a target of selling 5 lakh smartphones by Diwali this year. Yu will no doubt be hoping the Amazon Great Indian Festive Sale and Snapdeal Electronics Monday provide a big push towards that goal.

Online marketplace Snapdeal announced on Friday that will be holding a special Monday Electronics Sale, where shoppers can avail of discounts across personal devices, home appliances, and electronics.

Meanwhile, Amazon’s Great Indian Festive Sale will go head to head against Flipkart’s Big Billion Daysfrom October 13 to October 17 in a bid to capture the mind- and market-share in the burgeoning Indian e-commerce space.