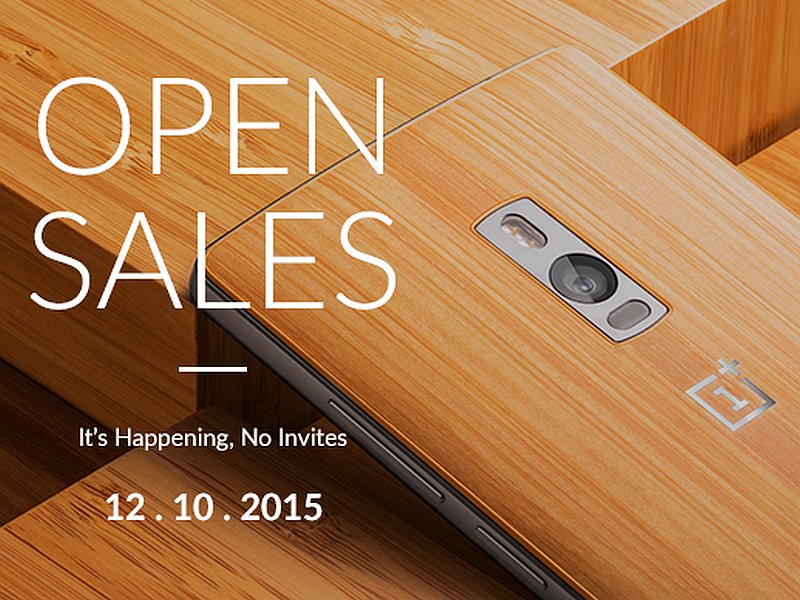 OnePlus 2 fans, the day you’ve been waiting for is finally here. OnePlus is holding the first open sale for the OnePlus 2 between 12pm and 1pm IST on Monday, via online retail partner Amazon India. In case you are wondering, the OnePlus 2 open sale means no invites will be required to buy the smartphone.

Since its launch in July, the OnePlus 2 has been hard to procure, with the invites necessary to purchase the phone in short supply. The company has come under quite a bit a flak for the lack of availability, especially after promises to the ensure invite mechanism would be more widely inclusive compared to the OnePlus One, and that more units will be on offer for consumers across the world.

The OnePlus 2 sports dual 4G Nano-SIM cards (dual-SIM dual standby), as well as USB Type-C connectivity (with the cable reversible at both ends). It bears a 13-megapixel rear camera with a 1.3-micron sensor, laser autofocus, dual-LED flash, f/2.0 aperture, 4K video recording, RAW image support, and OIS, apart from a 5-megapixel front-facing camera. It runs on a 3300mAh battery, and has a fingerprint sensor that can store up to 5 prints and unlock in under 0.5 seconds. It weighs 175 grams.