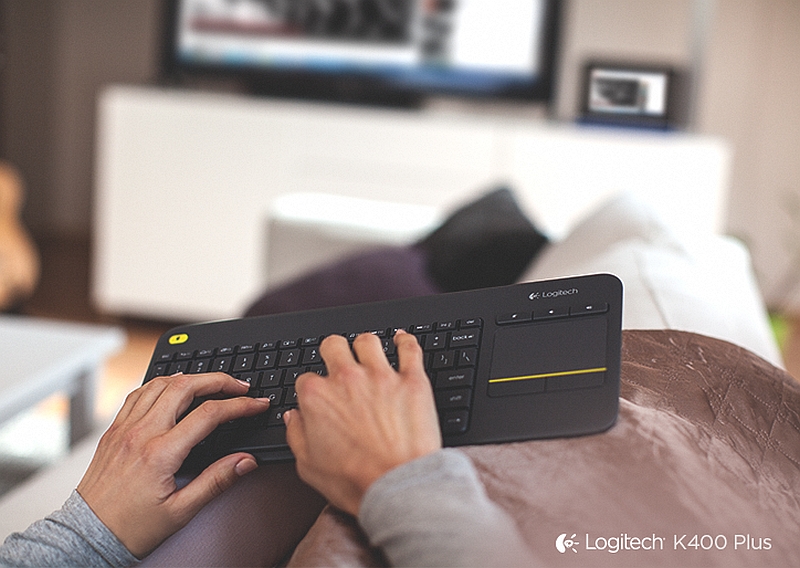 Logitech on Monday launched its new Wireless Touch Keyboard K400 Plus in the Indian market, priced at Rs. 3,695. The keyboard would be hitting the shelves starting Thursday.

The Logitech Wireless Touch Keyboard K400 Plus is meant for users who connect their computers to their televisions. Featuring a wireless range of up to 10 metres, the keyboard also includes a touchpad for easy controlling of applications on the screen.

As per the firm, the Wireless Touch Keyboard K400 Plus also sports an adjustable cursor control. It also bears shortcut buttons to give easy access to volume controls and menu navigation. The keyboard is said to flaunt a slim design profile with rounded sides and come pre-installed with batteries, which are rated to deliver up to 18 months of power. It is compatible with devices running Windows 7 or higher version, ChromeOS, and Android 5.0 Lollipop or higher versions.

“In India we have witnessed changing consumer needs which show how connectivity is extremely important in every aspect of life. The Logitech Wireless Keyboard K400 Plus caters to this need and makes it easy for anyone to connect your PC to the TV and search for Internet content, making it a great device for your living room,” said Ashok Jangra, Cluster Category Manager, Logitech, India & South West Asia.