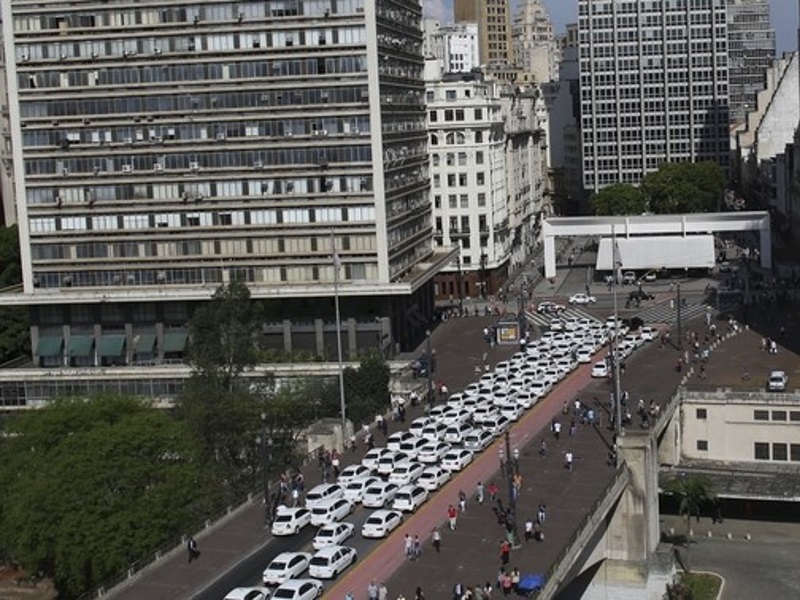 China plans to more strictly regulate online ride-booking services, according to draft rules and state media, in what analysts said Monday could be a “devastating blow” to an industry pioneered by US firm Uber.

The Ministry of Transport unveiled proposed regulations which bar private cars from participating in such services, the rules posted on its website at the weekend showed.

Such a move would force vehicles and drivers to be registered with the government, the China Daily newspaper reported on Monday.

Ride-booking services, which can connect customers directly with drivers through smartphones, have threatened the traditional taxi industry and contributed to protests by cab drivers in China.

The Chinese market is currently dominated by domestic firm Didi Kuaidi, which was formed through the merger of companies backed by Internet giants Tencent and Alibaba.

But Uber, in which Chinese search giant Baidu has invested, is trying to make greater inroads into the potentially vast market and has announced plans to invest around $1 billion (roughly Rs. 6,483 crores) in China and expand into 100 cities within a year.

The draft rules say foreign companies must set up servers in China and meet requirements for “national security”, but gave no details.

Analysts said the regulations, if implemented as announced, could hurt the nascent business.

“If it takes effect, it’ll be a devastating blow to the industry,” Zhang Xu, a Beijing-based analyst at market research firm Analysys International, told Bloomberg News.

“Ride-hailing operators would need to pay high costs to retain existing private-car drivers, and they may not manage to keep drivers in the end,” Zhang said.

The rules – open to public comment until November 9 – also require ride-booking companies to obtain permits from local transport and telecommunications authorities in order to conduct business.

Uber said last week it had set up a company in Shanghai’s free trade zone and would apply for a licence to offer services in the city. Didi Kuaidi said it had already obtained a licence to operate in the commercial hub.