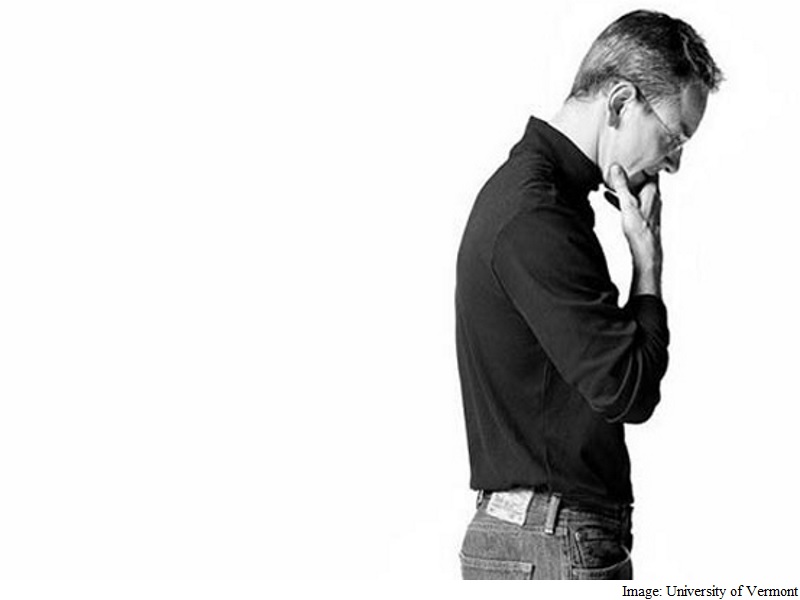 Americans are obsessed with Steve Jobs because the Apple co-founder’s story fits perfectly with the romantic individualist story that American culture can’t seem to get enough, according to a US researcher.

Thomas Streeter, professor of sociology at the University of Vermont, investigated America’s obsessionwith stories about celebrity CEOs like Jobs, suggesting it says more about American culture than the man.

Jobs’ story fits perfectly with the romantic individualist story that American culture can’t seem to get enough, despite being yet another romanticised story about a well-known business celebrity, Streeter said.

“Jobs is an interesting character, but if we were choosing whose story to tell based on the importance of their inventions or business innovations, we’d be telling stories about other people like computer scientist Dennis Ritchie, who was central to the development of the software and concepts that made the internet possible,” said Streeter.

There has to be another reason that the Steve Jobs story has been told over and over again since the 1980s instead of about men like Ritchie, Streeter wrote in a paper published in the International Journal of Communication. “I think the reason is in our culture: we love the story of Jobs because we love the story of the guy who bucked convention, pursued his passions, and got rich doing so,” he said.

Stories like Jobs’ are perpetuated by a capitalistic machinery that infuses romantic ways of thinking into all areas of society, according to Streeter. “Culture is not just on our screens, but also in the circuitry and institutions that make those screens work,” he said. “Markets, property, and corporations are now infused with variants of romantic ways of thinking, alongside more traditional ways of thinking. Capitalism has gotten Byronic.

The current Steve Jobs craze, which took off in a big way after he stepped down from Apple in 2011, seems to prove my point about Byronic capitalism.

“Jobs’ story nicely fits the romantic individualist story that American culture is in love with. We love the story, and the case of Steve Jobs gives us a chance to tell that story over and over,” he said.

The institutional machinery devoted to producing celebrity CEO’s is in response to populist criticisms of modern corporations in hopes of making people feel good about a more moral Capitalistic system, said Streeter.